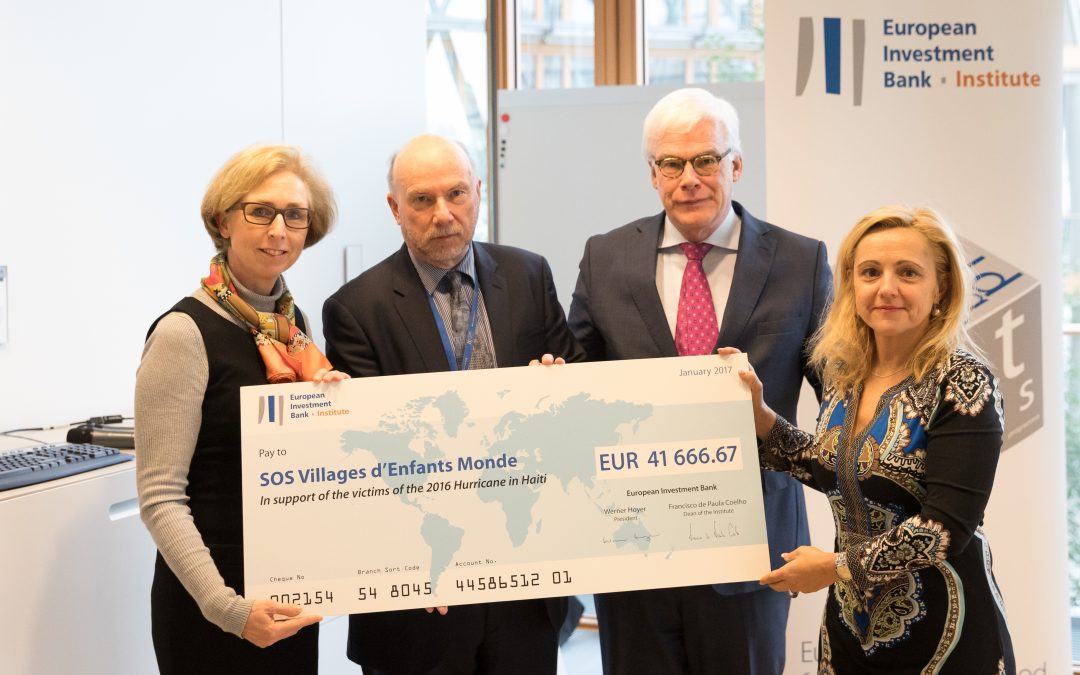 In October 2016, Hurricane Matthew, the most powerful Caribbean storm in a decade, hit Haiti, one of the world’s poorest countries and often severely affected by major natural catastrophes. It killed hundreds of people and destroyed thousands of homes.

On Thursday 24 January, EIB Vice-President Pim Van Ballekom chaired a ceremony for presenting token cheques to the six charities that benefited from the EIB’s special relief donation. The charities took the opportunity to explain to EIB staff how their money is making a difference in helping the victims of Hurricane Matthew in Haiti.

Care was able to provide 72,200 water purification tablets to contain the threat of a massive cholera outbreak and 100 tarpaulins to protect families in the days following the hurricane. Croix-Rouge distributed hygiene kits, shelter tool kits, mosquito nets and tarpaulins to more than 13,334 households. Handicap International was able to set up a logistical platform and to distribute 700 functional rehabilitation familial kits. SOS Village d’Enfants distributed 2,600 sanitation and hygiene kits and provided education and psychological support to 500 children. Medecins du Monde provided psychomedical support to 870 people from emergency teams, supported local authorities in fighting the cholera outbreak and distributed hygiene kits and mosquito nets. Welthungerhilfe repaired the drinking water supply system of Bord-de-Mer, a town with a population of 4,000 people.