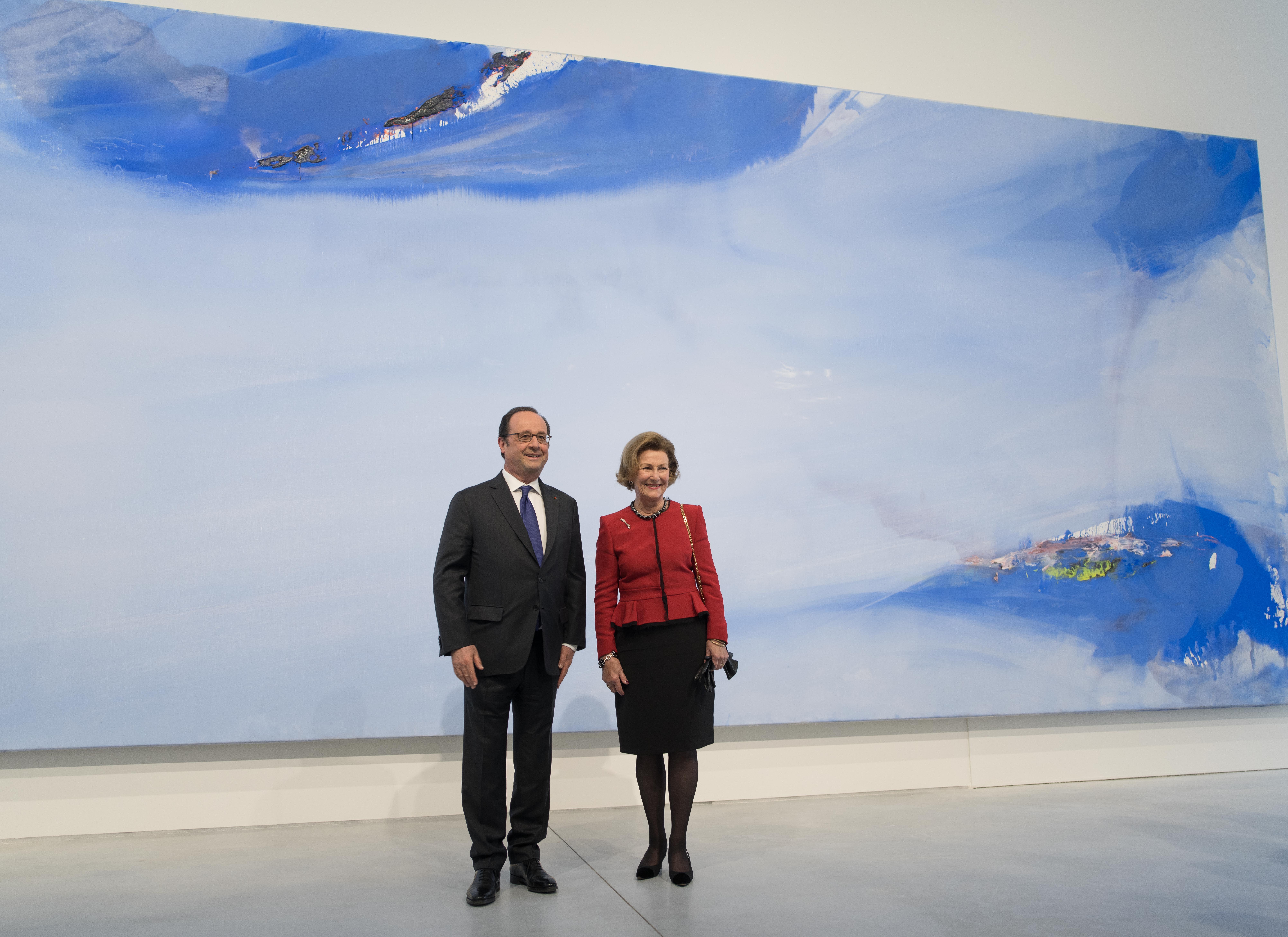 One of the largest artworks of the EIB art collection, Gris bleu, tâches bleues de Loire by French artist Olivier Debré, is currently on loan at the Centre de Création Contemporaine Oliver Debré (CCC OD) in Tours. The cultural centre was inaugurated on 10 March 2017 in the presence of François Hollande and Queen Sonja of Norway (pictured above), as well as other key political and cultural figures.

This monumental artwork (4x9metres) is on loan from February 2017 to November 2018. The painting was the centrepiece of the centre’s inaugural exhibition and is to feature in two separate exhibitions:

Regular loans to world-class cultural institutions, such as this one, ensure further visibility of the EIB art collection, demonstrate community engagement and illustrate the value of cultural diplomacy.