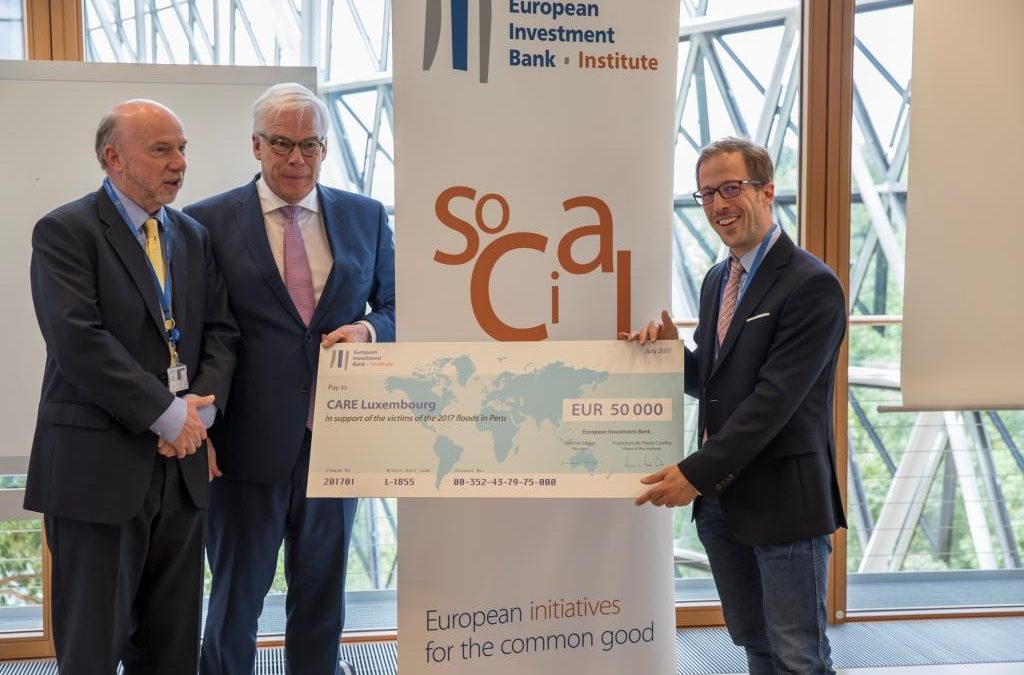 Following extreme floods in Peru at the beginning of 2017 and the devastation of the city of Mocoa in Colombia in April, which  destroyed thousands of homes and killed hundreds of people, the EIB Institute organised immediate support.The EIB Group staff and the EIB donated EUR 250 000 shared equally between CARE Luxembourg, SOS Villages d’Enfants Monde (Luxembourg), the International Federation of Red Cross and Red Crescent Societies (Switzerland), Save the Children (Spain) and Welthungerhife (Germany).

On Monday 3 July, EIB Vice-President Van Ballekom presented the charities with symbolic cheques in a ceremony where the representatives of CARE, SOS Village d’Enfants Monde, Red Cross and Welthungerhilfe explained their work to help the victims.

The ambassadors of Peru and Colombia in Brussels attended the ceremony.