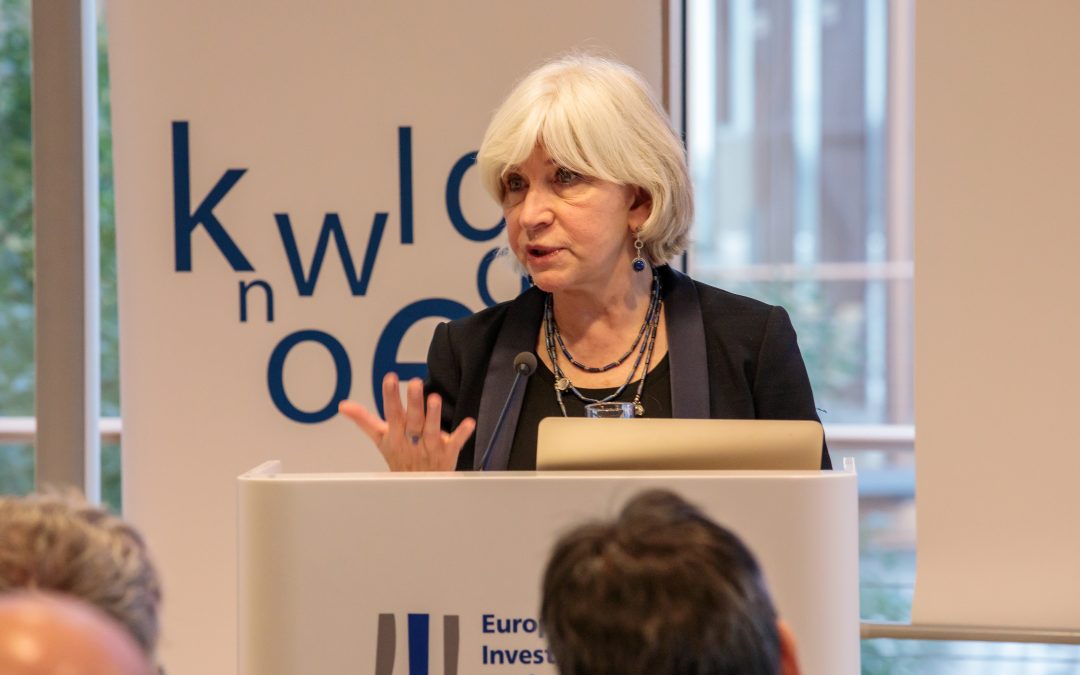 “The EU should be a laboratory of change and drive ambition in line with the Paris Agreement” said Laurence Tubiana, Professor at Sciences Po, CEO of the European Climate Foundation and chief architect of the first-ever universal, legally binding global climate deal at an EIB Institute seminar.

“The Paris Agreement itself is resilient, and it is flexible” she added, “We are now seeing the support and the engagement of citizens and of governments and groups at all level”. However she underlined that  “more finance must become available for low-carbon projects and less-for high-carbon, dirty initiatives”. In that respect “the EIB is in a unique position. You can pull together coalitions of experts and practitioners from the different levels of the capital stack and from different policy areas to “connect the dots” for economy wide shifts”.

The EIB “has an important role to play in directing all of its funding away from not only coal plants themselves, but some of Europe’s most coal-dependent utilities”, Mrs Tubiana continued. “We must make sure that business models that are incompatible with a 2 degrees Celsius world are not underwritten, and that financial institutions help drive this change”.

“The economic scales are tipping in favor of decarbonization”, she concluded, “and the EIB can help be a leader in this”.