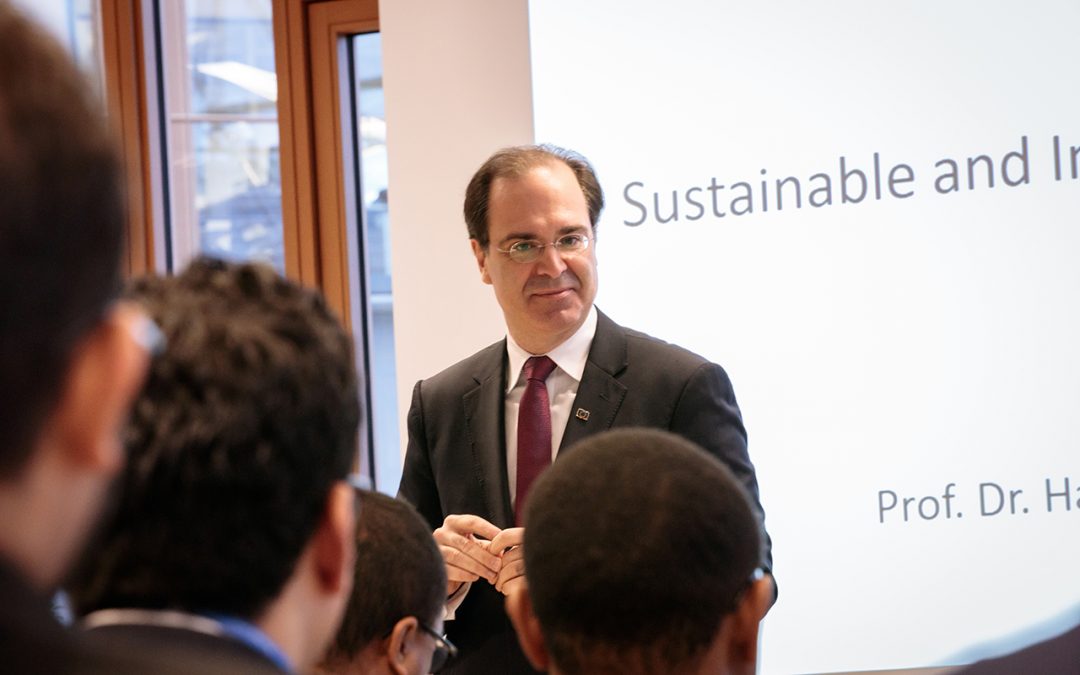 Sustainable finance was the topic of the first course taught by EIB Group Staff to the students following the second edition of the University of Luxembourg’s Certificate in Law and Regulation of Inclusive Finance.

Hakan Lucius, Head of Corporate Responsibility and Civil Society at EIB, gave a lecture to the 28 students attending the programme organised by the University of Luxembourg’s Faculty of Law, Economics and Finance, ADA and the EIB Institute.

Other lectures will follow on microfinance at the EIB, European microfinance and social enterprises at the EIF; the EIB Institute will host the certificate award ceremony.

The students are coming from 21 non-EU countries and are working for central banks, regulators, governments or for microfinance institutions in their home countries.