What do we really know about the energy efficiency of buildings? 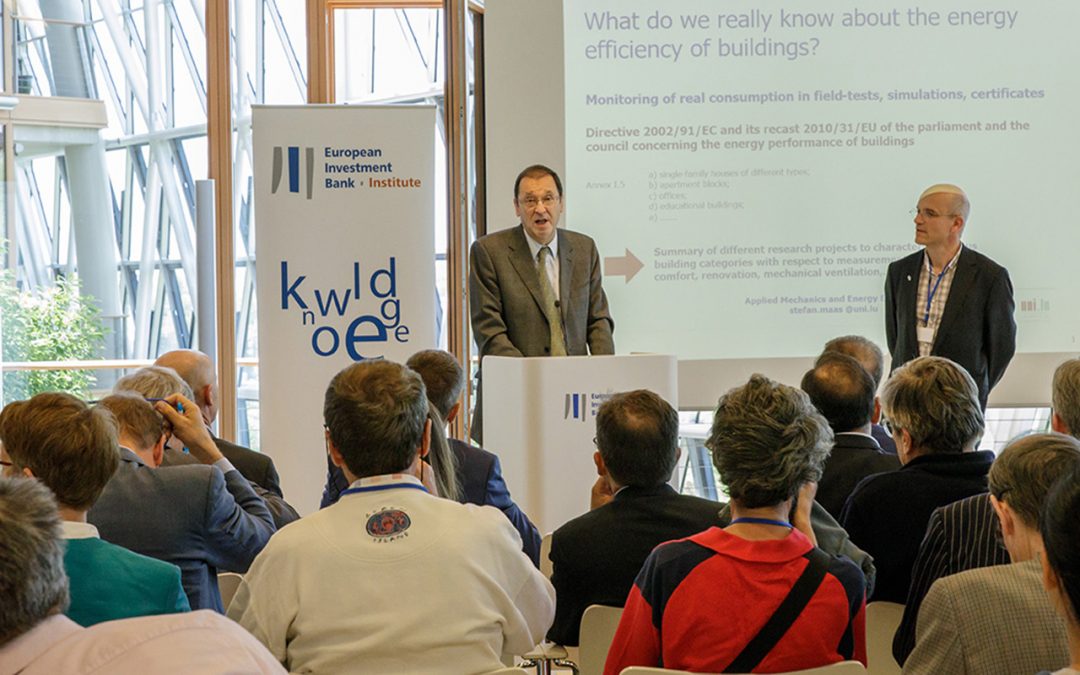 Households are the second most energy consuming sector in the EU (26% of total consumption after the transport sector (33%). It is therefore important to build energy efficient buildings if the EU wants to reduce its energy bill said Professor Stefan Maas, from the University of Luxembourg at an EIB Institute seminar.

Taking Luxembourg as an example and based on statistical series between 1997 and 2007 Prof. Maas showed that  Luxembourg’s low energy concept worked well but that the Grand Duchy was still lagging behind Germany or Switzerland in terms of energy consumption. The influence of the building user plays a considerable role (about one third) in the energy consumption.

Prof. Maas also highlighted field-studies and simulations of the consumption characteristics for different building categories, residential-, office- and school-buildings, or for old (before 1980) and new buildings. The same day, the EIB announced a EUR 100 million loan for the development of two residential complexes (660 appartments) with nearly-zero-energy-building (NZEB) standards in the Copenhagen Metropolitan Area.