The EIB already possesses an innovative framework of civil society engagement but could further develop meaningful partnerships with Civil Society Organisations (CSOs) according to a study presented at the EIB by Sciences Po Masters’ students under the framework of a capstone project organised by the EIB Institute’s Knowledge Programme.

Building upon desk research and interviews with the EIB and other International Financial Institutions, the students have identified four areas of best practises:  developing a strategic framework for civil society engagement, fostering a CSOs-engagement culture amongst EIB’s employees and project promoters; deepening the partnerships with CSOs by showing them how they can become more involved at policy and field level and, last but not least, improving the user-friendliness of access to information.

The research was carried out over six months by a team of six students from five different countries under the guidance of EIB mentors.

This was the second of two capstone projects undertaken in 2017-2018 under the agreement signed between the EIB Group and Sciences Po, France’s leading university for social sciences. The other one was on What business model for smart cities assets. 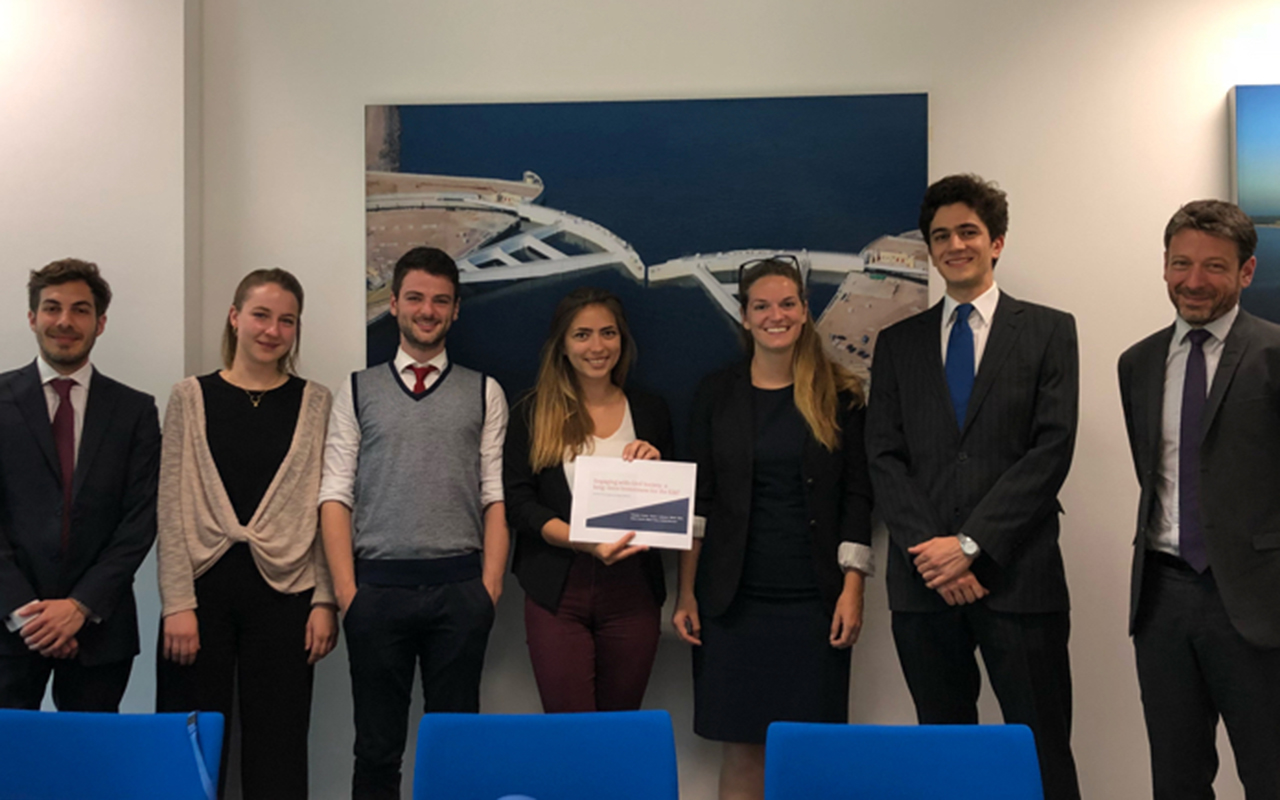