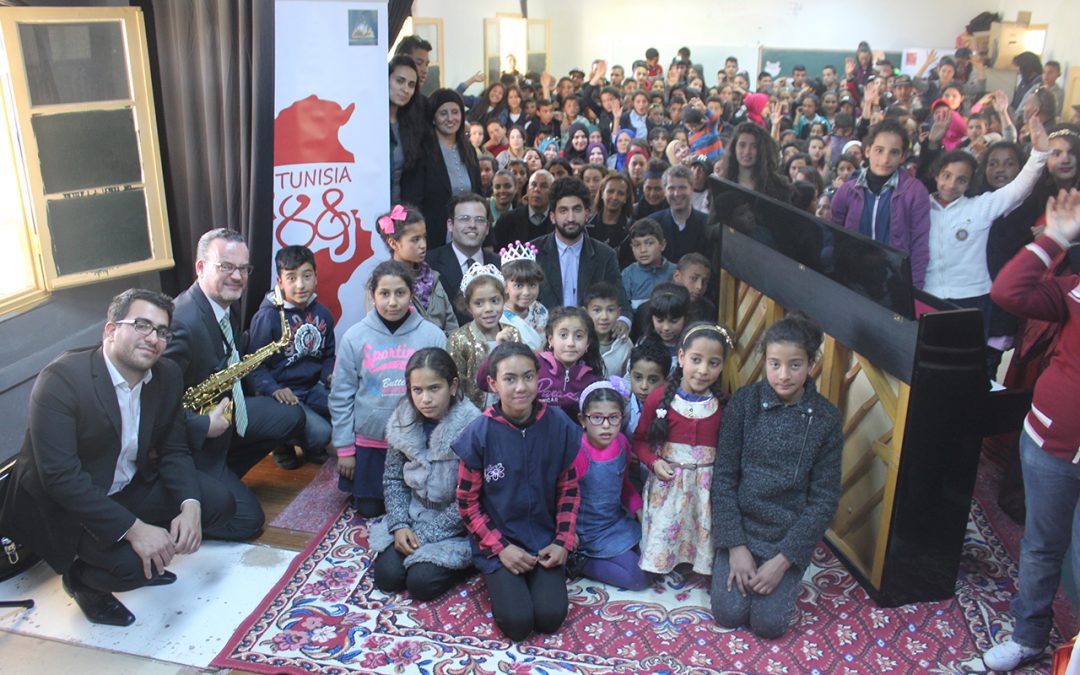 To date, some 7600 high school students in Tunisia have discovered the liberating power of music thanks to the action of Tunisia88, a project supported by the EIB Institute.

Tunisia88 – as per the number of keys on a piano keyboard – believes that music cultivates respect for difference and that artists can be global citizens.

Tunisia88 has just finished the second year of execution of its first phase, extending from 2016 to 2019. The project organises 88 highly interactive educational concerts or workshops, focusing on high schools, covering all of Tunisia’s 24 governorates. So far, 21 governorates have been visited. Each concert launches a student-led, after-school music club.

More than 60 clubs have already been created all over Tunisia, in particular in less developed and less privileged areas of the country. Today they have close to 600 active club members and have held more than 300 club meetings.

Tunisia88 clubs plan their own musical events in their communities, participate in song-writing contests, and hold regular weekly meetings. Selected members participate in leadership and creativity trainings and in the national Tunisia88 Choir. This summer, the choir will perform with an Austrian Symphonic Orchestra in the Roman amphitheatre in el Jem. Wherever possible, Tunisia88 commissions and performs music by young Tunisian composers.

Tunisia88 is run in partnership with Action et Développement Solidaire (ADS), a Tunisia based NGO; 88 International; and the EIB Institute. The project is under the ‘High Patronage’ of the President of the Republic of Tunisia.