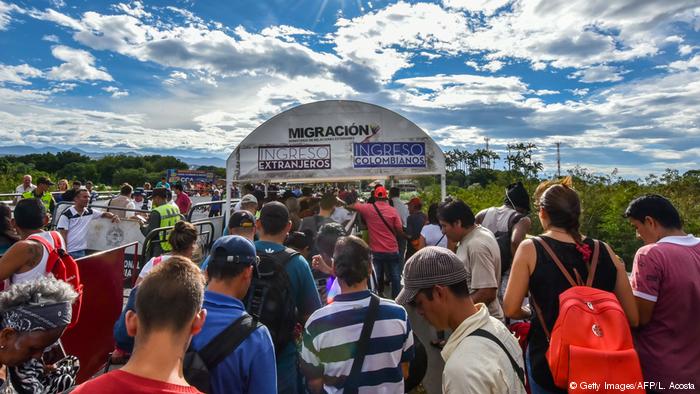 The European Investment Bank (EIB), through its Institute, has donated EUR 250 000 to four NGOs to mitigate the humanitarian crisis in Colombia caused by the massive refugee influx from Venezuela.

This donation, made in November 2018, will contribute to the emergency aid interventions of the beneficiary NGOs – Red Cross (Switzerland), Save the Children (Spain), SOS Villages d’Enfants Monde (Luxembourg) and Malteser International (Germany) – such as support for shelter and basic needs, health services, water, sanitation and hygiene promotion, and child protection measures.

Colombia, a middle-income country has been overwhelmed by the flow of refugees coming from neighbouring Venezuela, which reached close to one million people last year alone. The country has generously kept its borders open, providing refuge to Venezuelans escaping the crisis but the influx of refugees is taking its toll on public health, education and resettlement infrastructures.

The EIB Group has in the recent past contributed to relief efforts for other humanitarian disasters including the flooding and mudslides in Peru and Colombia in 2017.