Demographic change in the EU 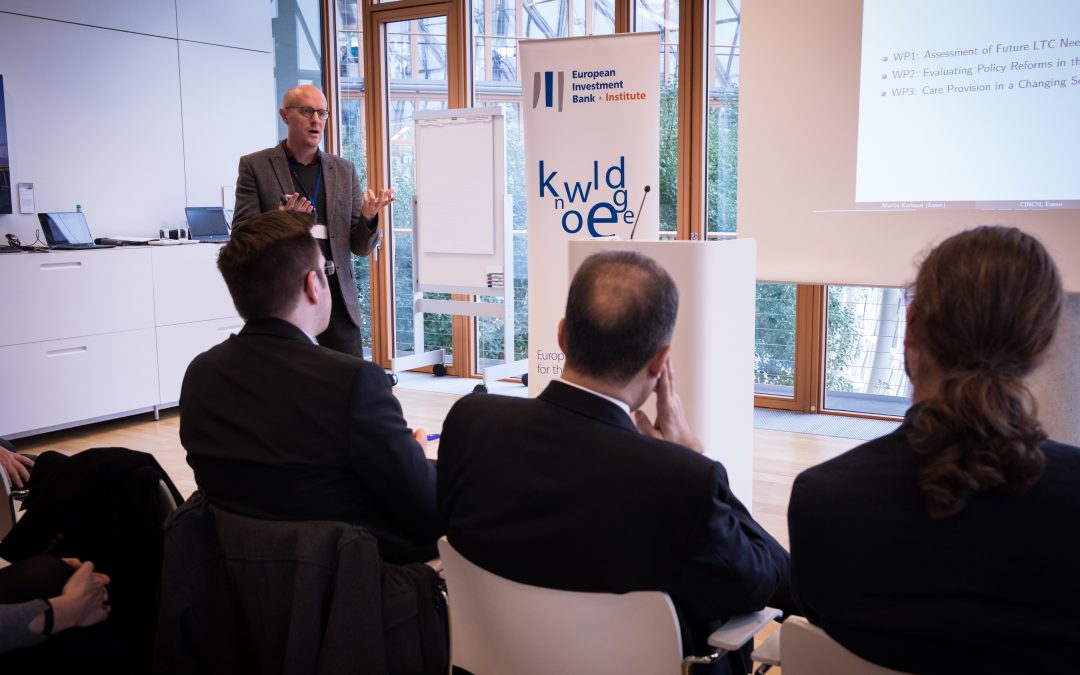 Europe is ageing fast. What does it mean for “the oldest-old”, notably in terms of more efficient elderly care ? On 6 December 2018, at an EIB Institute seminar, Professor Martin Karlsson and Norman Bannenberg, from the University of Duisburg-Essen, presented the results of an EIBURS research during which they investigated various dimensions of long-term care (LTC) in Europe.

The research allowed to identify the predictors of LTC demand and draw conclusions on the further development of demand and costs in the sector. Today, average spending on LTC accounts for 1.5% of GDP across OECD countries, said the speakers. This share is projected to double or even triple until 2050 as the proportion of older people increases (from 17% to 30% between 2010 and 2060 for people aged 65 and from 5% to 12% for people over 80) .

The research also allowed to gain insights into the relationship between different forms of long-term care, which is essential to policy makers in order to keep high-quality care affordable. For instance, preventive home visiting programmes to older people, implemented in several countries such as Norway and conducted by trained community care workers/nurses, do support autonomy and independence, prevent disabilities and decrease the need for intensive forms of public LTC.

The research also looked at informal care provided by family members in many countries. Care giving can be rewarding as it conveys a feeling of purpose and strengthens family ties. However, it is physically and emotionally demanding and presents a considerable time commitment. The research allowed to quantify the adverse effects of care giving on the caregivers’ employment and identify gender differences in the burden due to care provision.