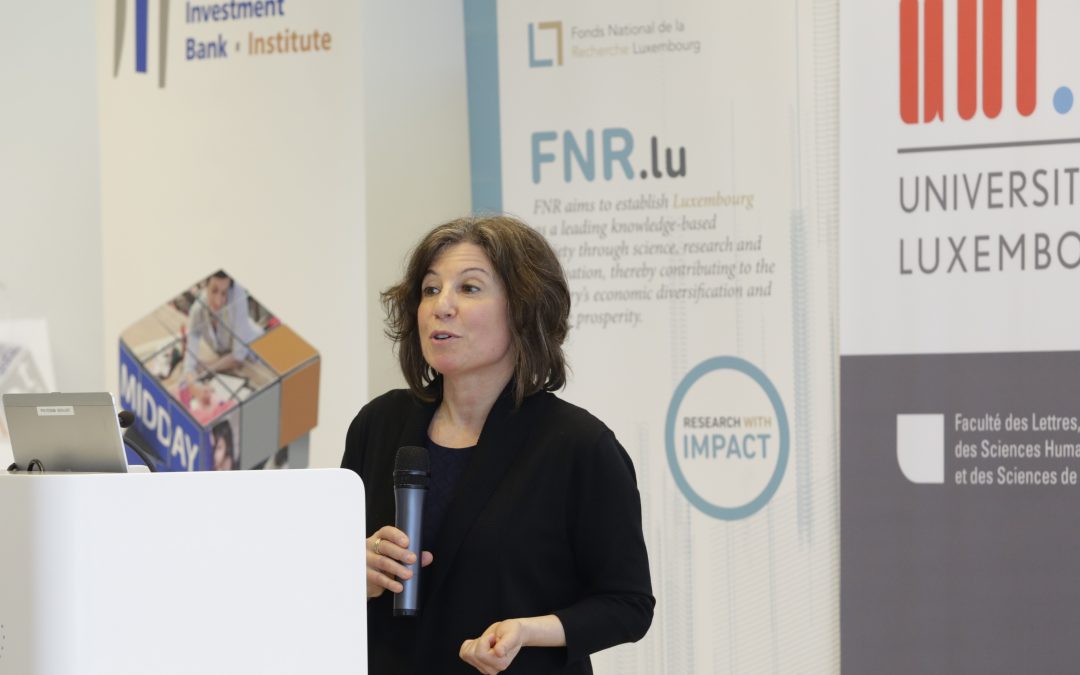 Support for government redistribution of income in order to reduce inequality is lowest in the US (35%) compared to Canada (47%) or Western Europe (62% in Germany, 68% in France) said Professor Leslie McCall of Graduate Center of the City University of New York at a lecture organised in April at the EIB by the EIB Institute and the University of Luxembourg as part of the “Inequality and…?” series.

Rising or high levels of inequality are more noticeable when they are perceived as restricting economic opportunity (shared prosperity, access to good jobs/benefits/pay; educational access). These concerns about restricted opportunities in turn prompt demands for opportunity-enhancing policies even from those otherwise in favour of free markets. For instance, she said, public opinion perceptions on taxes change when their proceeds are clearly identified, specifically allocated ex-ante and ring fenced.

Professor McCall proposes an integrated framework for understanding public views of inequality, opportunity, and redistribution, and has generated new data to test it.