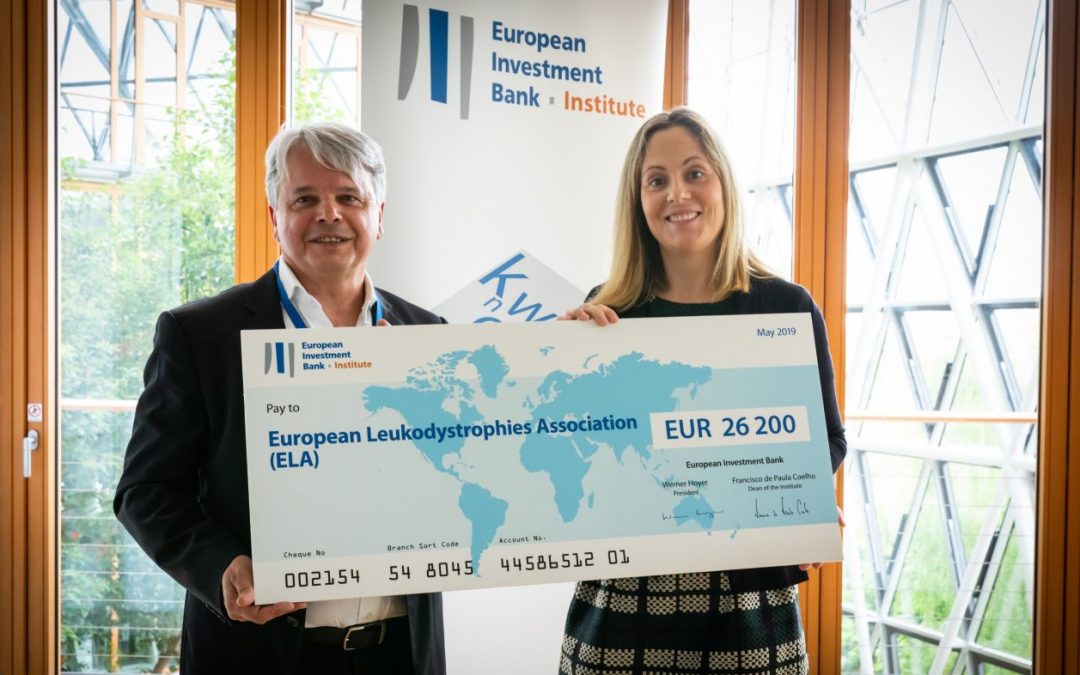 Every week in Europe 20 to 40 children are born with a form of rare disease called leukodystrophies that attacks and destroys the central nervous system (brain and spinal cord) in children and adults.

To help finance research in a field where public funding is scarce and the pharmaceutical industry’s investments even smaller in view of the low commercial interest, the EIB Group has made a donation of EUR 26 200 to the European Leukodystrophies Association (ELA).

Founded in 1992 in France, ELA  raises public awareness, assist and support families affected and stimulates the development of research by these rare, progressive, metabolic, genetic diseases. Over 25 years, ELA has financed 511 research projects with EUR 43,5 million.

On 6 May 2019 at the EIB, Guy Alba, President and founder of ELA explained that the money -raised from EIB staff and a grant from the EIB Institute topped up by the EIB Management Committee- will support a research project on one form of leukodystrophy called the CACH  (Childhood Ataxia with Central Hypomyelination) syndrome.

The research and gene therapy carried out on leukodystrophies has the potential for significant spillovers onto other genetic and neurological disorders like multiple sclerosis, Parkinson’s disease, Alzheimer’s disease and amyotrophic lateral sclerosis, thus extending its scope of impact.

In 2010, the European scientific community of leukodystrophies and ELA rallied around a multidisciplinary project entitled “LeukoTreat – Therapeutic challenge in Leukodystrophies: Translational and ethical research towards clinical trials” funded by the 7th Framework Programme for Research and Development of the European Commission. In 2012, ELA also launched a biobank project in Nancy, France, receiving a EUR 760,000 financing from the European Regional Development Fund.