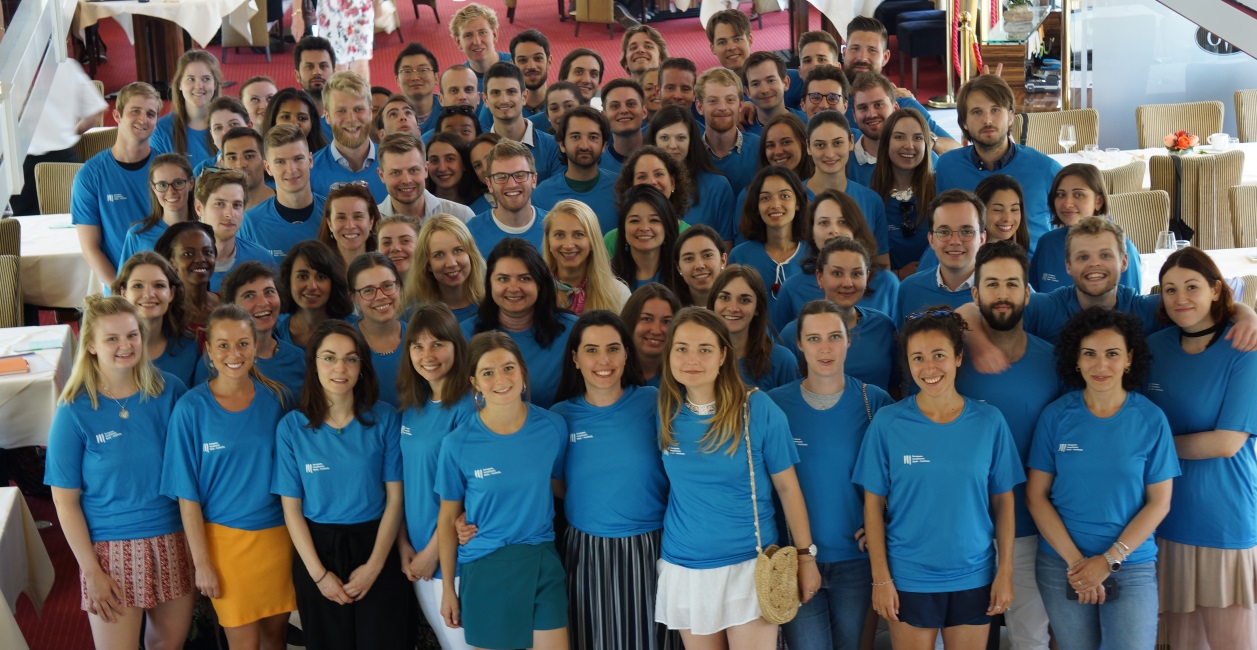 “A real discovery. Thank you EIB!”. From 29 June to 10 July 2019, 70 students from seven universities (College of Europe (Bruges and Warsaw campuses), Università Commerciale Luigi Bocconi, London School of Economics, Sciences Po, Dresden University of Technology and University of Ljubljana) learned “everything they had always wanted to know” about the EIB during the EIB Summer School organised in Luxembourg by the Institute’s Knowledge Programme.

Participants came from 28 countries  (15 EU countries, 8 European non EU countries and 5 from non-European countries). They received an EIB Summer School certificate following ten days of lectures where 33 EIB Group staff members shared their expertise about the EIB Group’s role and impact on European and non-European stakeholders in terms of financial, economic and social development and sustainability. Participants also discussed case studies and had to present and defend a final assignment in front of a jury.

EIB Vice-President Andrew Mac Dowell was the keynote speaker of the opening session of the Summer School which offers students a practical approach to multidisciplinary challenges with lectures on the EIB Group’s missions and operations, tutorials and breakout sessions covering legal, financial, policy and sustainability related topics. By having staff members sharing their insider’s view, participants learned what it means to be part of the EIB Group (EIB and EIF).

The yearly programme aims to foster long-term relationships and create a network of those interested about the future of Europe and beyond. It also enables the EIB to strengthen its relationships with academic institutions who can provide the Bank with valuable academic services.

The EIB Summer School builds upon a pilot project organised in July 2018 with 50 students from the College of Europe in Bruges and Warsaw. It will eventually  be open to up to 80 of Europe’s brightest postgraduates per year and include more partner universities.