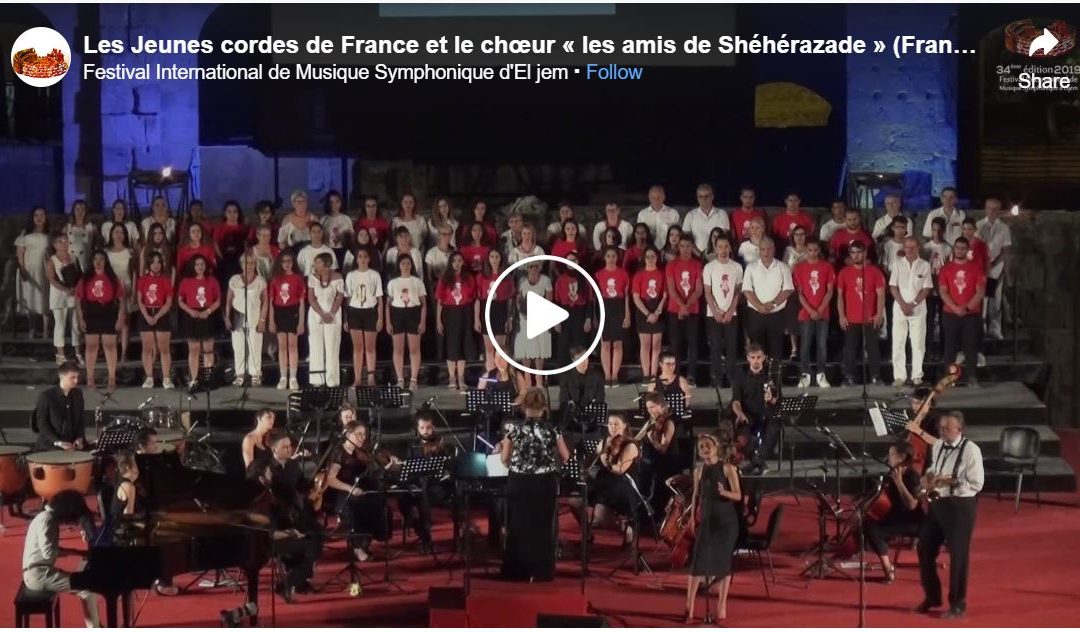 On a hot summer night, more than 3,000 people gathered in the majestic environment of the Roman amphitheatre of el Jem, in Tunisia.

The concert they came to listen to was performed by a professional orchestra Jeunes Cordes de France accompanied by a choir of high school Tunisian students who had never been on stage before. This is one of the many results of Tunisia88, a project supported by the EIB Institute and which has benefited to date over 10,000 high school students all over Tunisia since its launch in 2016.

Its three founders, Radhi Meddeb, a Tunisian entrepreneur and engineer, Ulrich H. Brunnhuber, until recently the Head of the EIB office in Tunis and a distinguished saxophonist, and Kimball Gallagher, a renowned American classical pianist, believe that music cultivates respect for difference and that artists can be global citizens.

Tunisia88 – as per the number of keys on a piano keyboard – promotes musical education as a way to bring about harmony in different cultures. As there is no musical education available in Tunisian high schools, it organises student-led, after-school music clubs in high schools all over the country, in particular in less developed and less privileged areas. Tunisia88 clubs plan their own musical events in their communities, participate in song-writing contests, and hold regular weekly meetings.

Selected members participate in leadership and creativity trainings and in the national Tunisia88 Choir. The choir has performed with professional orchestras such as the Vienna Opera Ball orchestra, the Taipei Civic Symphony Orchestra, or this summer, the Concerto Malaga and les Jeunes Cordes de France. Wherever possible, Tunisia88 commissions and performs music by young Tunisian composers.

Tunisia88 is run in a partnership with Action et Développement Solidaire (ADS), a Tunisia based NGO; 88International; and the EIB Institute. The project is under the ‘High Patronage’ of the President of the Republic of Tunisia.

The EIB has provided more than EUR 2.1bn in financing to Tunisia since 2011 to support inclusive and sustainable growth, both in the public and private sector. This includes in 2014, a EUR 70 million loan to Tunisia’s Ministry of Education to modernise high schools across the country. As part of this project the Bank also supports a pilot Positive Behaviour Support programme to improve the educational climate in 80 secondary schools.