Cultural heritage at the heart of the European project 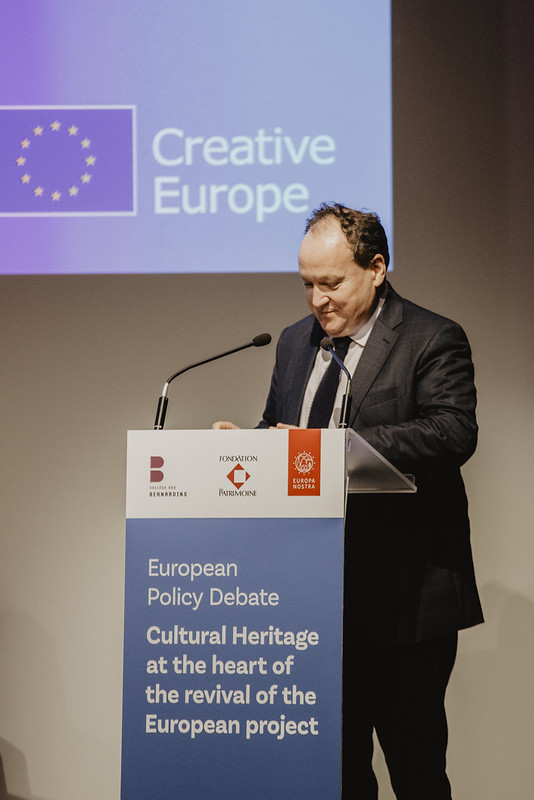 “Cultural Heritage is at the heart of the European project and the EIB, notably through the EIB Institute, has a role to play in its preservation and valorisation”, said EIB Vice-President Ambroise Fayolle (pictured) at the 2019 European Cultural Heritage Summit held from 27 to 30 October in Paris under the High Patronage of Emmanuel Macron, President of the French Republic.

The summit attracts hundreds of participants (heritage professionals, volunteers, local and regional representatives etc.) from all over Europe to network and debate about the latest European challenges and developments related to cultural heritage. The yearly event is organised by Europa Nostra, the main European NGO dedicated to protecting Europe’s endangered cultural sites. Europa Nostra has been a partner of the Institute since 2013 in the “7 Most Endangered Programme”, which aims at identifying monuments and sites under acute danger of neglect or destruction.

At the policy debate “Cultural Heritage at the Heart of the Revival of the European Project”, French Minister of European Affairs Amélie de Montchalin underlined the role the EIB can play alongside existing European programmes in preserving Europe’s cultural heritage which, “together with History, constitutes the capstone upon which our European identity can be built”.

“Cultural heritage is not an economic or cultural or social or environmental issue. It is an economic and social and cultural and environmental issue”, Vice-President Fayolle said giving the examples of EIB financed projects in Lille, Manchester or Valletta. He added that the EIB had decided to increase its support to Europa Nostra to make the until now biannual 7 Most Endangered Programme a yearly event.

The Dean of the Institute, Francisco de Paula Coelho, underlined the importance of involving the private sector in cultural heritage project, even if it means a change of purpose for the site considered. “There is not enough public money to save all heritage sites in danger and the private sector will only get involved if it can see a benefit”, he explained. “This may be through finding a different use for the site as examples of successful requalification have shown (paradores in Spain for instance)”.