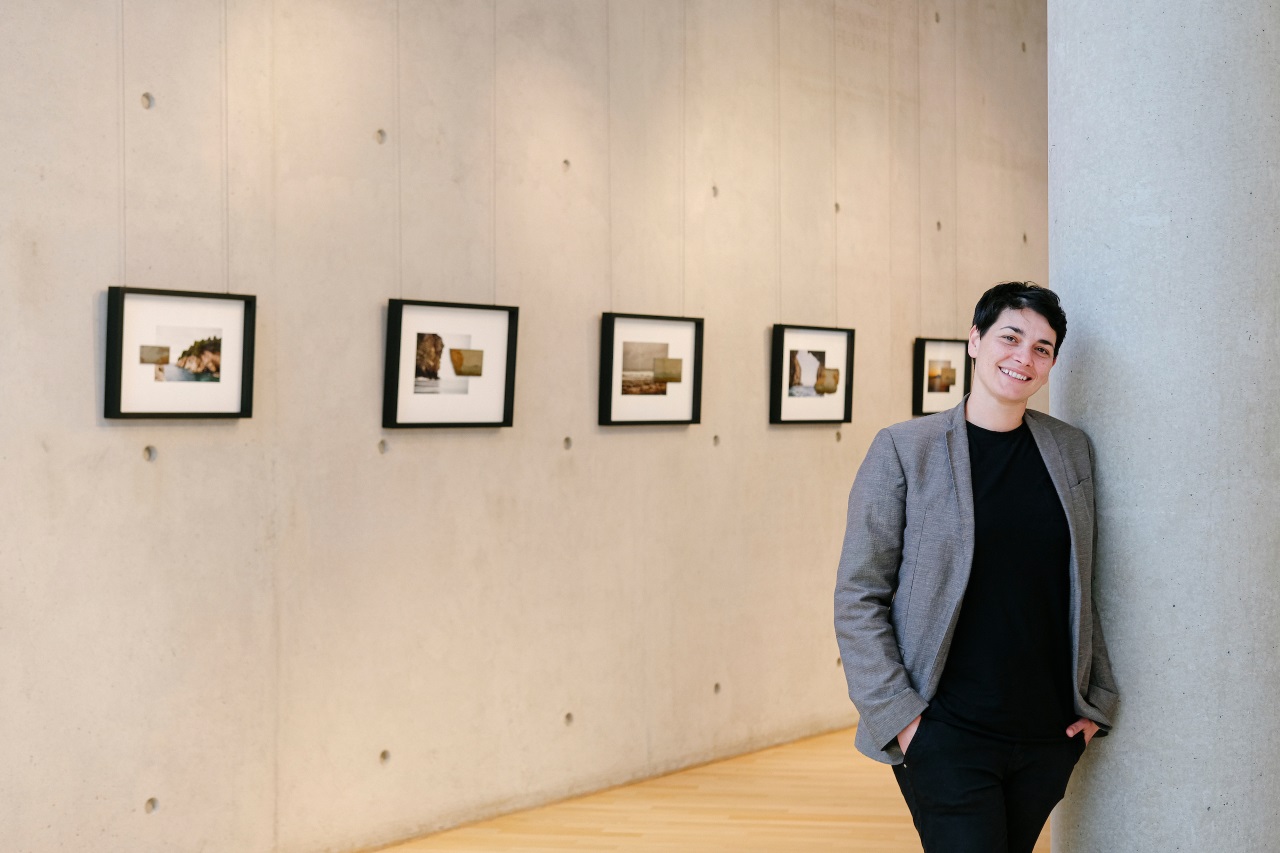 The EIB has purchased the four bodies of works created by its artists in residence under the Artists Development Programme 2019 to enrich the EIB art collection.

These include three photographic installations from the series of five works “Fenomenologia del Sublime” by Italian artist Pamela Diamante. The works consist of dissected sheets of a singular limestone – Tuscan Pietra Paesina – and photographs of natural landscapes taken from online image banks, which the artists matches together as to create striking resemblances between the visible mineral sediments of the stones and the panoramas depicted in the images. Art collectors from Luxembourg, who attended the presentation of the residency’s results at the EIB premises in June 2019, purchased the two other works of the series.

The EIB also purchased Case No15. Luxembourg, by Karel Koplimets, from Estonia. This body of works consists of three photographic collages and a video depicting cross-border workers in Luxembourg and the effects of this daily migration phenomenon. The collages feature images of commuters’ cars stuck in traffic, whereas the video depicts the deserted stress of Luxembourg’s business district – Kirchberg – on a sunny Sunday afternoon.

In addition, the EIB purchased Meandering, by Irish artist Mark McGuinness, a series of black and white photographs taken along the river Alzette, reflecting on the unstoppable flow of time by capturing traces of men’s passage through the landscape, and In Transit, a sculptural body of works consisting on nine locally sourced sandstones installed on wheeled console tables at different heights by Darta Sidere, from Latvia.

The Artists Development Programme is a residency and mentoring programme in Luxembourg offering emerging European visual artists (under the age of 35) the opportunity to develop their practice in a high quality professional context without any material constraints. It involves creating a new (body of) work(s) under the mentoring of an internationally renowned artist, currently Finnish artist Jorma Puranen.

Applications for the 2020 edition of the ADP residency are open now. 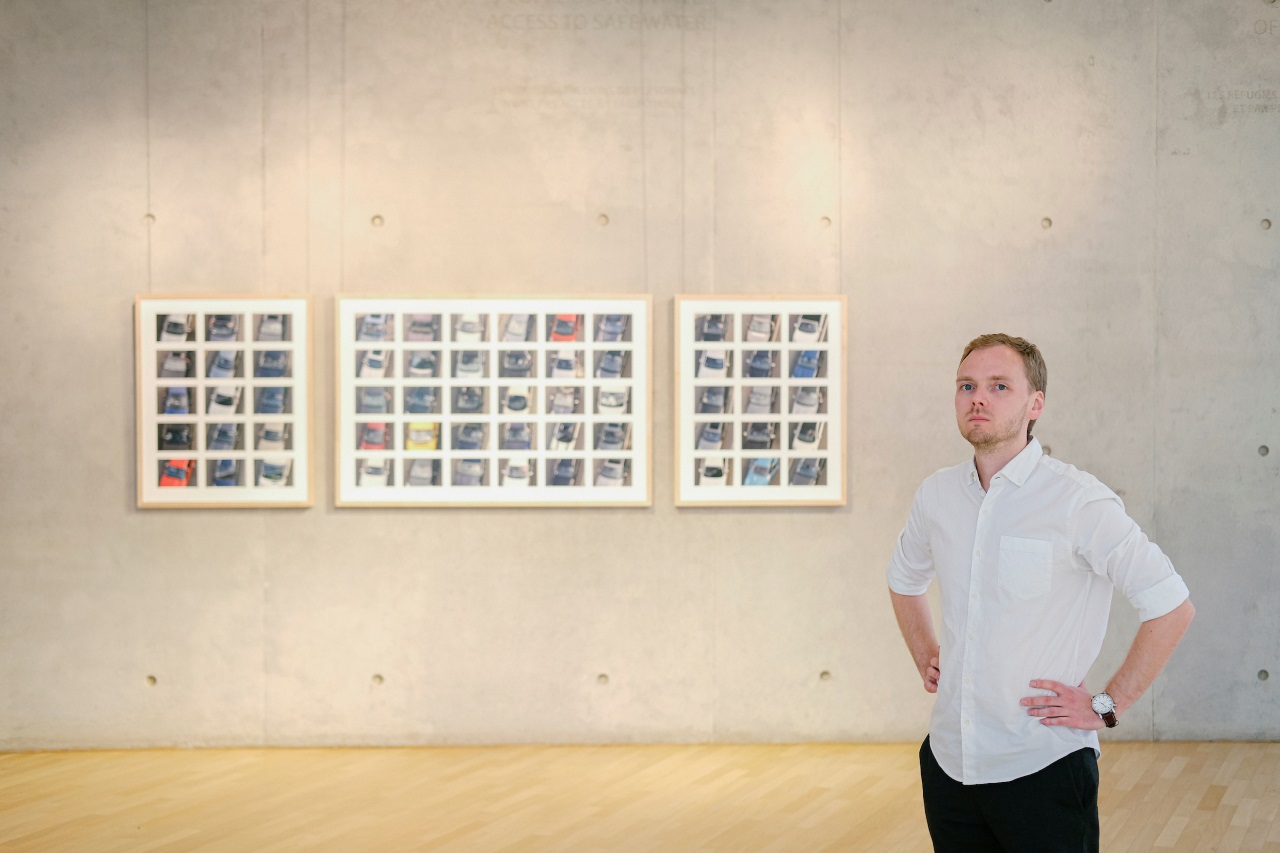 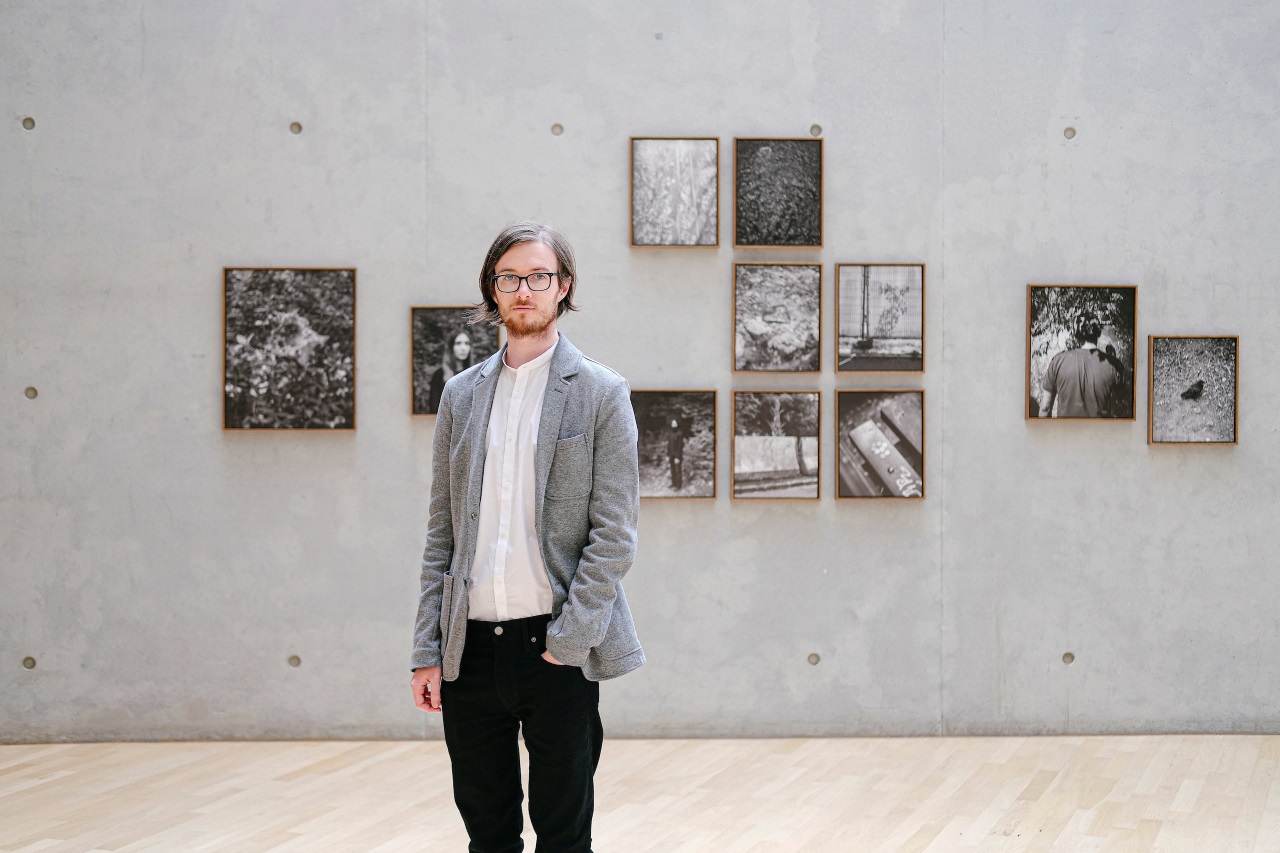 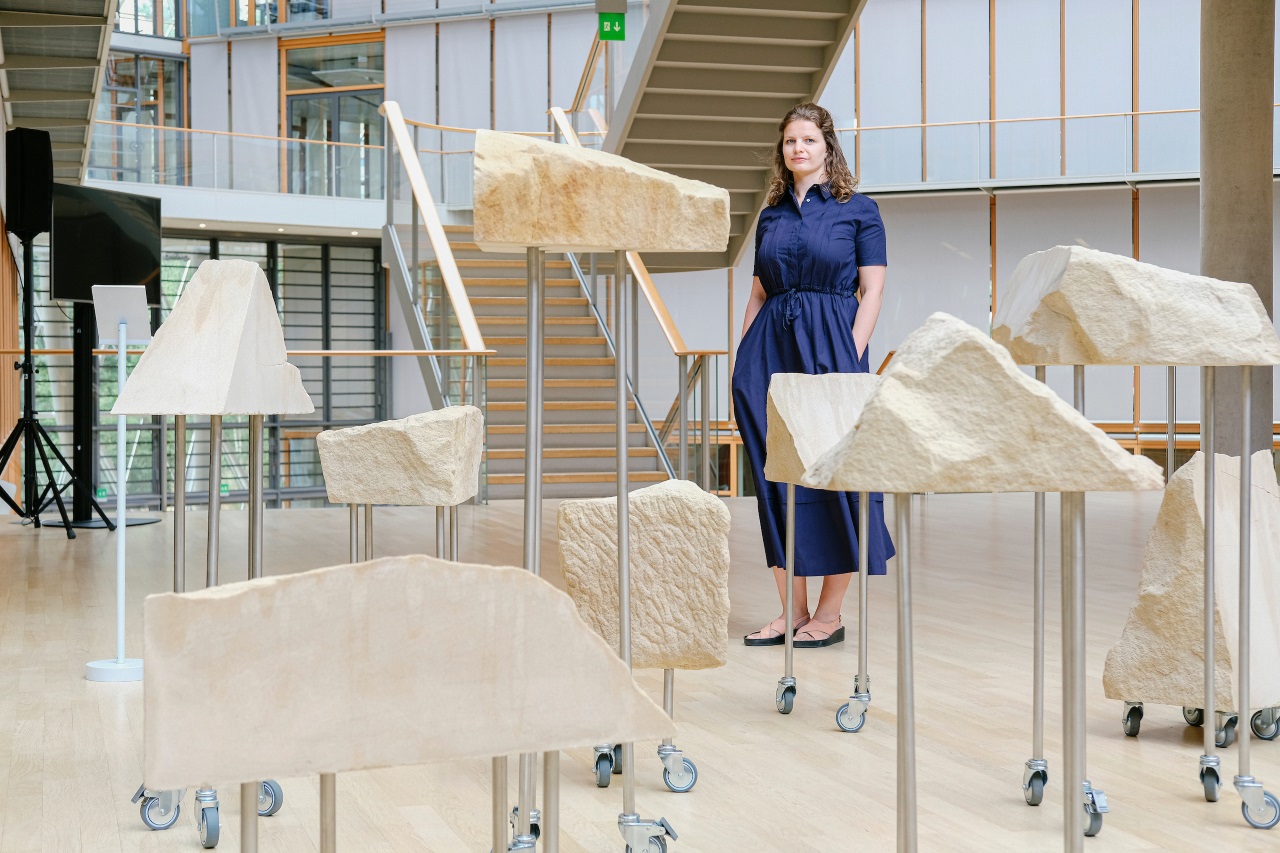