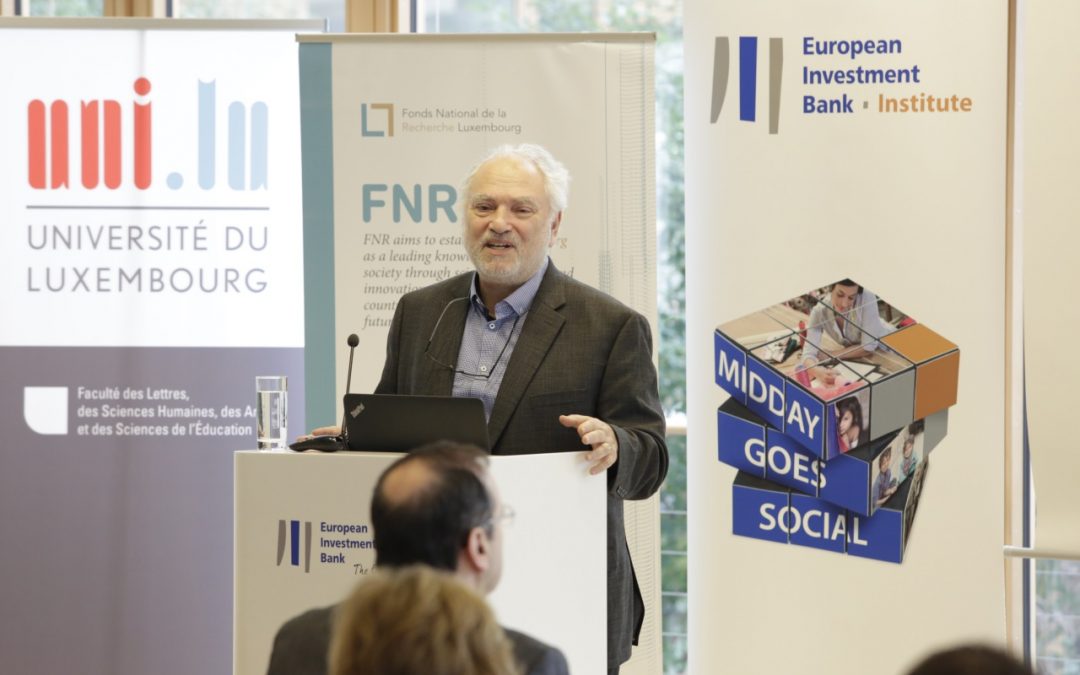 Health inequalities, wherever and however they are measured, are generally large. But how can we bring together the generally non-quantitative analyses offered by moral philosophers as to when health inequalities are unjust with the empirical statistical analyses produced by health economists, which often are devoid of moral judgements? This was the question asked by Professor Michael Wolfson from the University of Ottawa at an “Inequality and…?” lecture at the EIB in October.

The lecture was organised by the EIB Institute and the University of Luxembourg as part of the “Inequality and…?” series.

For moral philosophers, only some health inequalities can be judged as unjust, especially those that are the result of unequal opportunity or can be improved. But this discourse is expressed only in terms of logical argument, explained Professor Wolfson. Health economists, on the other hand, have developed a variety of measurements of health inequalities drawing on a wide diversity of data sets, but their studies generally say nothing about the extent to which observed health inequalities are just or unjust.

Professor Wolfson’s novel analysis, using sophisticated microsimulation methods, brings together the philosophical and empirical strands of the literature to offer a quantitative assessment of several “unjust” sources of health inequalities, especially one of the most widespread kinds of ill health, chronic pain.