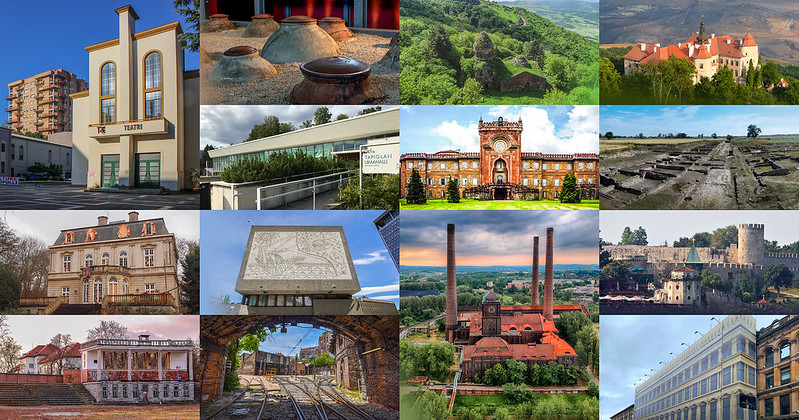 An iconic government building in Oslo, damaged by the 2011 terrorist’s attack, a fortress in Belgrade threatened by a cable-car project… the shortlist of the 14 endangered heritage sites selected for the 7 Most endangered programme 2020 has just been published.

The final list of 7 most endangered heritage sites in Europe will be announced in March 2020.

For the first time, the shortlist includes an example of immaterial heritage: traditional wine-making techniques with clay vessels known as “karas” which have been used in the tradition of wine making in Armenia for more than 6000 years.

Nominations were submitted by civil society or public bodies which form part of Europa Nostra’s network of member and associate organisations from all over Europe. An advisory panel, composed of 15 international experts, selected the most endangered heritage sites on the basis of their historic and cultural value and the urgency of the threat they are facing. It also takes into account the community engagement, the commitment of public and private stakeholders, the long-term sustainability and the socio-economic potential of the site.

The EIB Institute and Europa Nostra, the Voice of Cultural Heritage in Europe, launched the 7 Most Endangered Programme in January 2013. Supported by the Creative Europe Programme of the EU, it is a civil society campaign to save Europe’s endangered heritage. While not providing direct funding, it raises awareness, prepares independent assessments, proposes feasible action plans to mobilise public and private support.

Click here to know more about the Institute and cultural heritage.