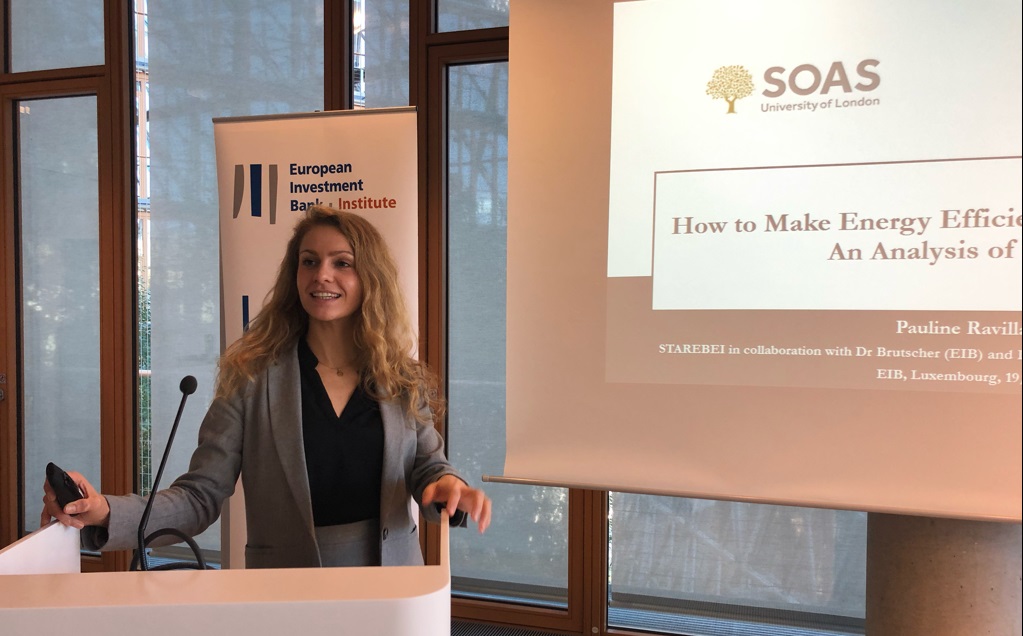 Three-quarters of the EUR 400 billion needed annually to help the EU achieve its 2050 climate targets must be invested in energy efficiency if the EU is to meet its targets, but how to make firms consider energy efficiency projects? This was the topic of a young researcher grant project (STAREBEI) by Pauline Ravillard (SOAS University of London) presented on 19 December at the EIB.

Based on the annual EIB Group survey on investment and investment finance of EU firms (EIBIS), the research establishes that the banking and financial system is currently inefficient in rewarding investments in energy efficiency. Experiments show that various measures such as funding, energy audits but mostly technical assistance can be effective in incentivising firms to invest more in energy efficiency and that taking energy efficiency performance into account in credit approval could lead to a “triple win” for banks, firms and the environment.

Prioritising energy efficiency is one of the five principles that will govern the EIB new energy lending policy adopted in December, and, as Emma Navarro, EIB Vice-President  responsible for climate said, “it is very important to encourage the financial sector to integrate climate considerations into its decisions and to channel more financing towards green and sustainable projects.”

STAREBEI (STAges de REcherche BEI-EIB research internships) is a programme that provides grants to universities in order to finance junior researchers carrying out research projects proposed by the EIB Group (EIB and EIF) under the joint supervision of a university tutor and an EIB or EIF co-tutor. To date, 54 young researchers from 37 universities in 12 European countries have benefited from the STAREBEI programme.