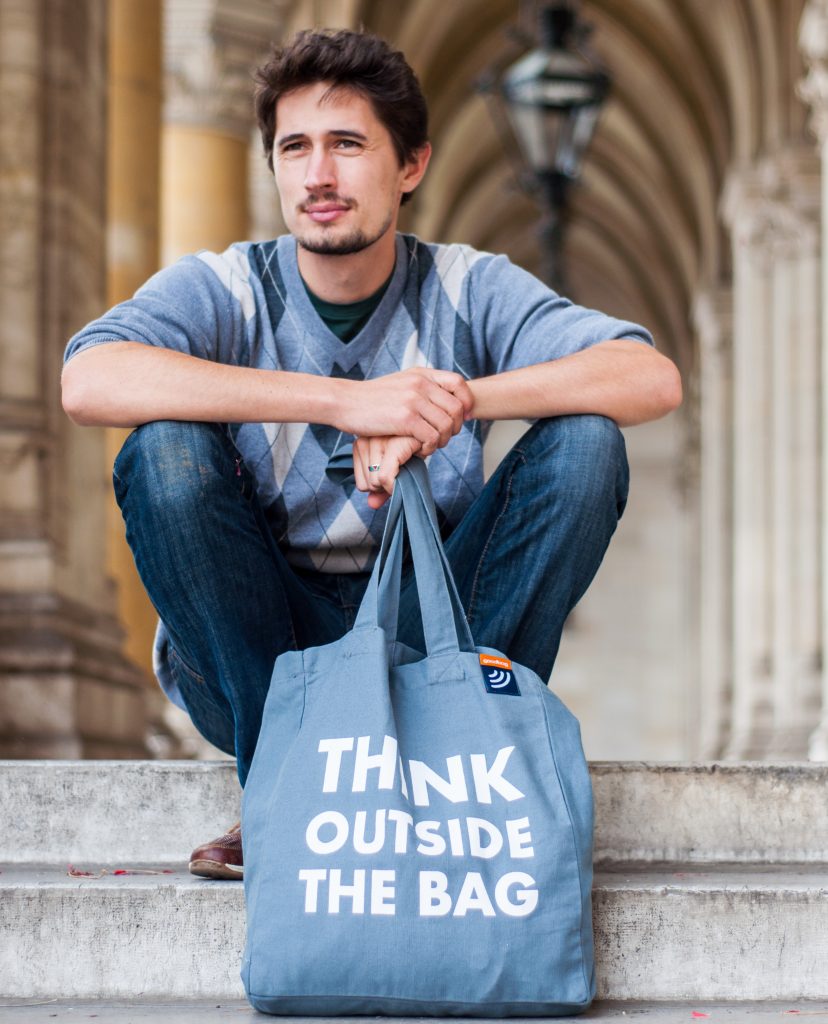 Christoph Hantschk, cofounder of goodbag, a tech start-up, sees evidence that amid crisis some people are reconsidering what is truly essential

While the COVID-19 crisis has slowed retail activity across the world, Christoph Hantschk believes something positive will emerge: consumers who are more conscientious.

The cofounder of goodbag, a Vienna start-up that uses technology to incentivise responsible shopping, says that some of his clients have said they’re looking at life differently and making lifestyle changes, such as switching to a vegetarian diet, for health and to protect the environment.

“There is a lot of opportunity in this crisis”, he says. “Are we going back to normal, or to a new, better normal”?

The idea of goodbag is to motivate people to protect the environment by re-using their bag and rewarding them for their eco-friendly behaviour. Consumers buy a reusable cloth bag either in a partner store or online. Embedded in each bag is an NFC (near-field-communication) chip that connects to the goodbag app on the user’s phone. When the user goes to one of 1,000 participating stores in five European countries, he or she activates the app and connects it to the chip to show they have the bag in the store. This allows them to use a credit to plant a tree, collect plastic waste out of the ocean or receive a discount.

More than 70,000 goodbags are in use, and the company also has a line of reusable bags for liquids at Heathrow airport in Britain. More than 50,000 of those bags are in use.

Goodbag is a past finalist in the EIB Institute’s annual Social Innovation Tournament, which recognises and supports European social entrepreneurs whose primary purpose is to generate a social, ethical or environmental impact.

Christoph came up with the idea for goodbag about four years ago after studying behavioural economics at the Business University of Vienna and on an exchange programme in Sydney. He was fascinated by how powerfully effective sports apps — like one he was using on his runs — were in incentivising behaviour and inspiring longer and more frequent exercise.

“We had the idea to show that each individual action can create positive change, rewarding future actions”, he says. His cofounder, Todor Lazov, created the app that rewards the clients.

The goodbag team has been working from home and has made other changes to adjust to the crisis, Christoph says. Normally, sales meetings would happen face-to-face, but he says that the team has been able to use video conferencing to continue adding new partners. To reduce the need for face-to-face meetings, the company has developed a new platform so that stores and brands that want to participate can join entirely online. “We innovated into a more scalable approach, which will benefit our future growth”, he says.

goodbag has used its app and social media channels to encourage consumers to patronise smaller organic food and specialty shops that are especially vulnerable during the lockdown. He cited the example of an organic and fair-trade coffee shop that developed a system where customers could pick up and pay for coffee outside the store.

“There’s a lot to learn from this crisis”, Christoph says. “It’s a great time to consider what do we really need, how do we consume, and what is sustainable”.