A new partner for microlux 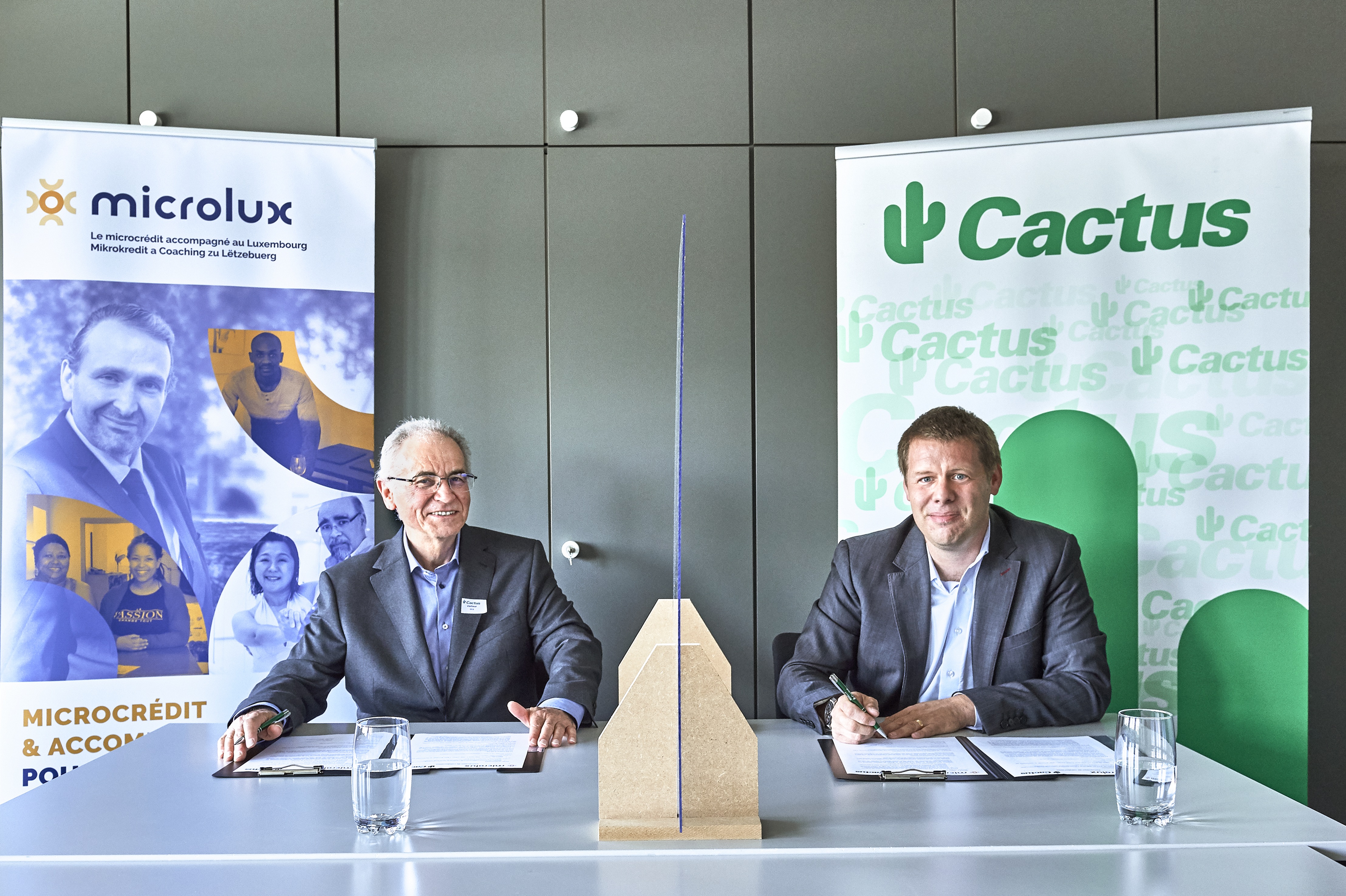 microlux, Luxembourg’s first microfinance institution, has signed a partnership agreement with the Cactus company, a Luxembourg family-owned food retail group, to consolidate its commitment to promoting entrepreneurship in Luxembourg.

Cactus has been supporting entrepreneurship in Luxembourg and actively seeking partnerships with local companies and start-ups for many years. The group will provide support and advice to microlux as well as to its beneficiaries and promote them through digital, print and physical visibility in its various points of sale across the country.

Launched in June 2016, microlux is a joint venture of the EIF (European Investment Fund), BGL BNP Paribas, ADA (Association for Development Support), ADIE (French Association for the Right to Economic Initiative) and Foyer, a Luxembourg insurance group. It has so far granted more than 100 microcredits leading to the creation of 110 jobs.

The chairman of microlux is Rémy Jacob, a former Dean of the EIB Institute.