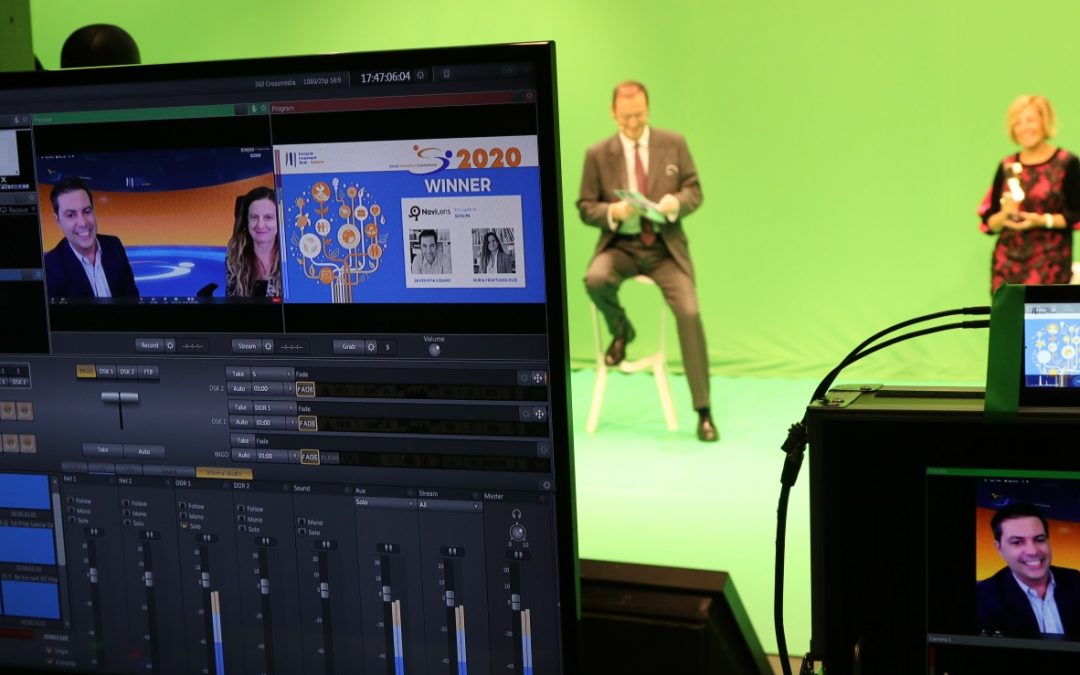 Navilens (Spain) and Sponsh (Netherlands) won the first prizes of the Social Innovation Tournament’s (SIT) ninth edition, respectively for the General Category and the Special Category dedicated to projects focusing on the environment and with a strong focus on biodiversity and ecosystem conservation, while BeeOdiversity (Belgium)  and Plasticfri (Sweden) received the second prize.

HeraMobileApp (Turkey) was the winner of this year’s new category, the Audience Choice Award. CloudCuddle (Netherlands) and Plasticfri were selected to attend the INSEAD Social entrepreneurship programme.

Navilens wants to make cities smarter and more inclusive by empowering visually impaired people with a cutting-edge technology based on a proprietary computer vision algorithm more powerful than a QR code. Available in 24 languages, it replicates the concept of using a mobile phone camera to read signage information for visually impaired people allowing them to be more independent in unknown spaces.

Sponsh, developed a temperature-sensitive smart material that produces water from air, using the natural cycles of day and night. Launched in 2018, their first products are water-producing tree guards for reforestation projects, to help young trees survive their first harsh summers. After 10 years, Sponsh will have planted 80 million trees, turned 174 000 ha of degraded land into forests and absorbed 68 million tonnes of CO2 from the atmosphere.

Plasticfri is a CleanTech startup aiming to end the plastic pollution catastrophe. It transforms renewable resources (agricultural waste and specific non-edible plants) into a biomaterial that looks and works like conventional plastics, but is 100% biodegradable, compostable and non-toxic. Their founders had already won the SIT first prize (general category) in 2017.

The Audience Choice Award winner, HeraMobileApp, aims to increase access to preventative health services among Syrian refugees in Turkey for vaccine-preventable diseases and maternal health. Before using the application, women are given a tutorial on recommended services and are taught about the risks and conditions during and after pregnancy, the importance of vaccinating children and doing it according to guidelines. HERA currently serves 300 women between the ages of 20 and 49.

The Social Innovation Tournament, the flagship initiative of the EIB Group Institute’s Social Programme, recognises and supports the best European social entrepreneurs. Fifteen finalists had been selected for the 2020 edition out of an outstanding group of 216 candidates in 31 countries. This year’s tournament was scheduled to take place in Lisbon but, due to the COVID-19 pandemic spreading across the world, it had to be moved on-line.