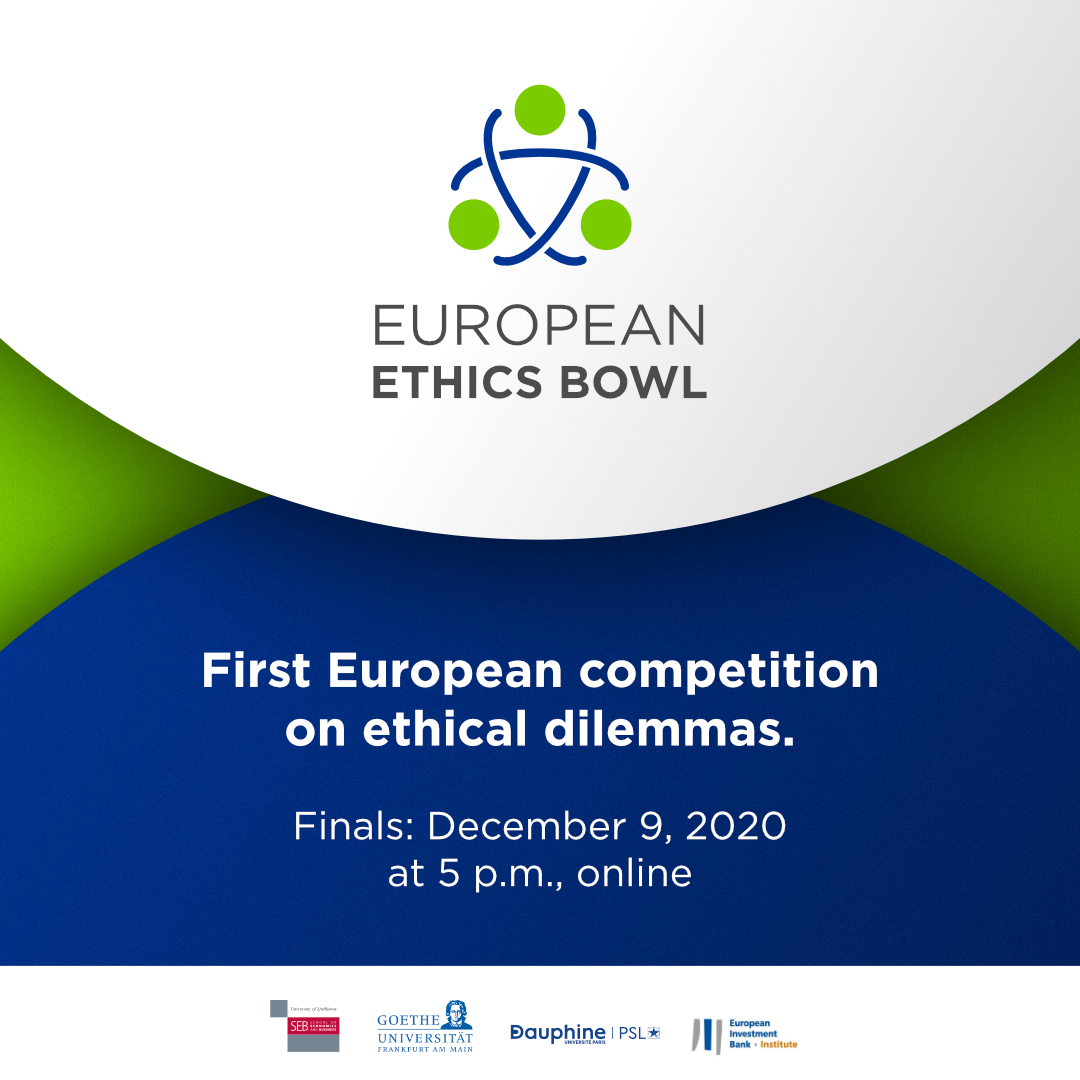 A team from the university of Ljubljana (Slovenia) won the first European Ethics Bowl, a competition to raise awareness of the relevance and complexity of current ethical issues in the European context

The Final was held on 9 December, designated by the UN since 2003 as International Anti-Corruption Day.  Ljubljana succeeded over a team of alumni from the EIB Summer School. The topic for discussion was “the allocation & distribution of COVID-19 vaccines” and Ljubljana provided the most convincing case according to an independent jury.

Launched by the Institute and three leading European universities (Ljubljana, Paris Dauphine, Goethe University Frankfurt), this pilot collaborative event is a competition between participating teams to discuss ethical dilemmas related to economics and business. Fourteen teams with 43 participants overall participated in the qualifying round, held on Global Ethics Day. Teams are assessed in three rounds (qualifying round, semi-finals, final) by an independent jury as well as the participants’ peers on their ability to analyse and discuss a case that cannot be debated with a one-sided perspective.

As of 2021, all interested European universities and academic programmes of European Institutions will be eligible to join the competition and institutional partners.