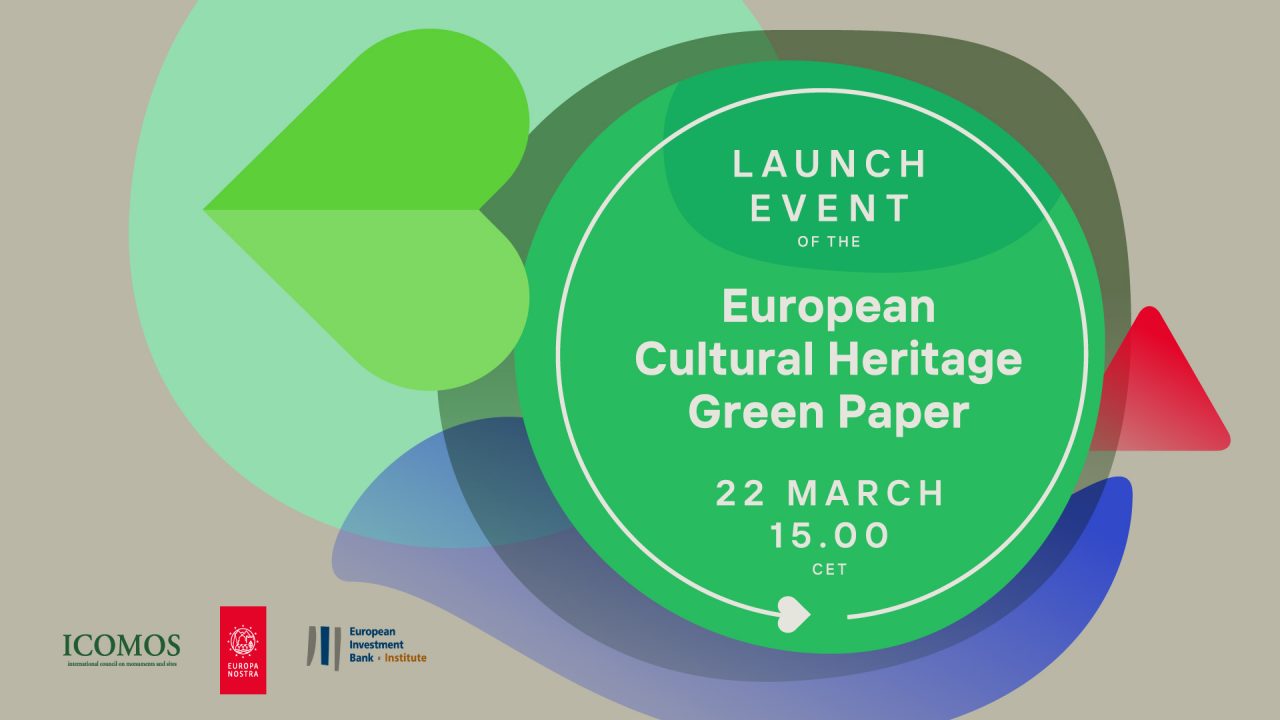 Putting Europe’s shared heritage at the heart of the European Green Deal is the goal of the European Cultural Heritage Green Paper launched by Europa Nostra and ICOMOS supported by the EIB Institute and the Creative Europe programme of the European Union.

The Institute supported the document because “we believe cultural heritage has the potential to provide the missing link between all Europeans and the European Green Deal,” noted Francisco de Paula Coelho, Dean of the Institute at the online launch event which attracted almost 600 participants including Mariya Gabriel European Commissioner for Innovation, Research, Culture, Education and Youth and Ambroise Fayolle, EIB Vice President responsible for climate.

“Cultural heritage is what defines our continent,” said Mariya Gabriel. “The greening of Europe’s cultural heritage is an absolute necessity and provides a once-in-a-lifetime opportunity to make it more resilient and relevant”. VP Fayolle added : “As Hermann Parzinger says: ‘whether we like it or not we are all intrinsically connected to our past’. In the same way, we are all intrinsically connected to the future of our planet. To safeguard our past, we need to safeguard our future as well.”

This Paper will be relevant also for other policy priorities of the European Union, such as the recently launched New European Bauhaus initiative, of which Europa Nostra recently became an official partner.

Since 2013, the Institute has been partnering with Europa Nostra to safeguard cultural heritage with the 7 Most Endangered programme.