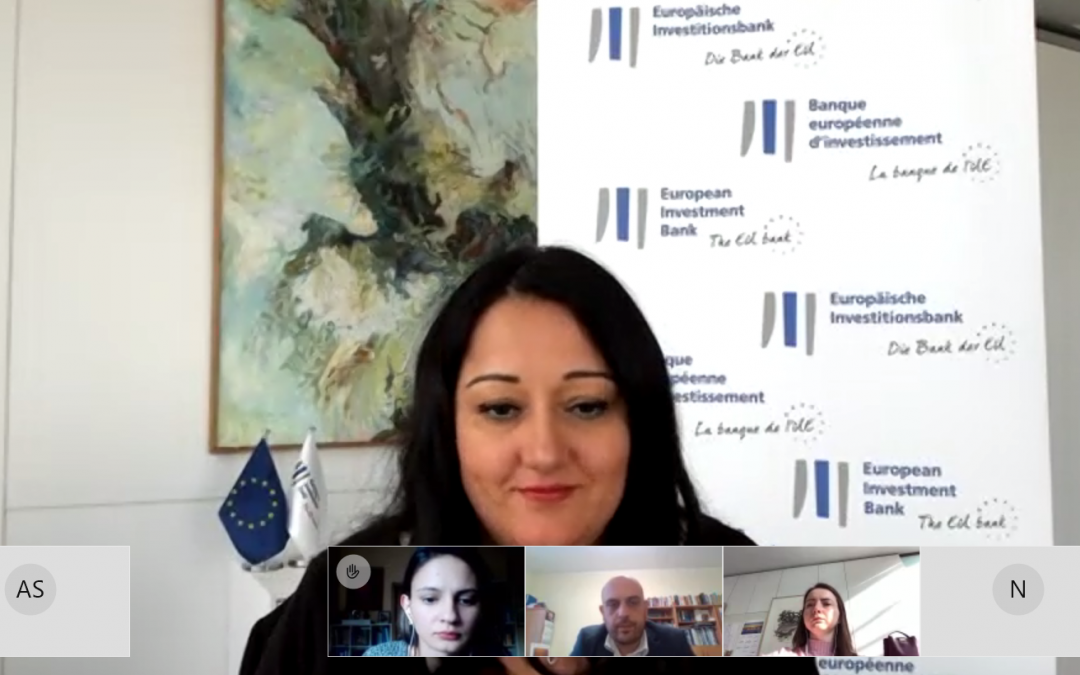 New EIB courses are starting this week at University of Sofia and College of Europe Natolin with first lectures given by EIB Vice President Liliyana Pavlova for Sofia and Henry von Blumenthal, Deputy Dean of the Institute, for Natolin.

On 8 March 2021, Vice-President Pavlova opened a series of four lectures to be held in March and dedicated to EIB and EIF activities and covering different aspects and missions of the EIB Group with a focus on Bulgaria and on climate. Sofia University is the oldest higher education institution in Bulgaria, founded on 1 October 1888.

The first EIB course at College of Europe Natolin will start on 9 March and last until until mid-April with a focus on the EIB Group’s missions, climate and the environment, circular economy and financing natural capital. Due to the ongoing COVID-19 pandemic, all courses are held online.

In 2020, 71 lectures in 10 EU universities were organized including  new courses at the universities of Rijeka and Sofia.