President Hoyer at Sciences-Po: A vibrant plea for Europe 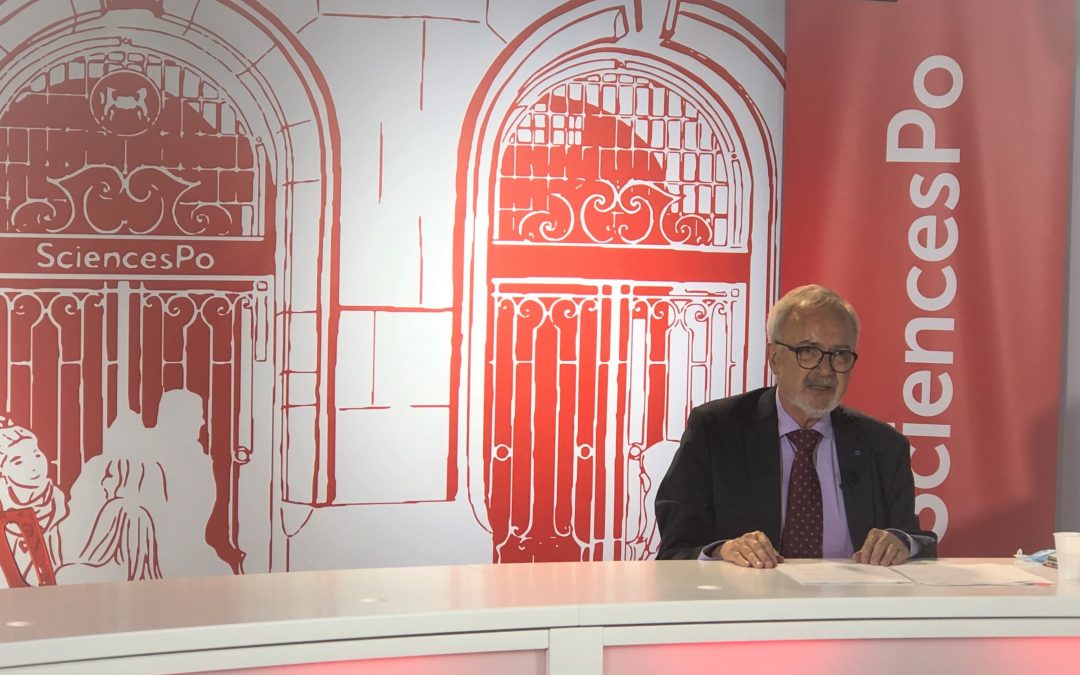 On Monday 17 May, in Paris, EIB President Werner Hoyer delivered a vibrant plea for Europe to hundreds of Sciences Po students connected online.

Speaking live from the TV studio of this leading French university in social sciences – where the EIB is one of the sponsors of the Chair for Sustainable Development and Climate Transition launched in 2020 – President Hoyer first recalled the EIB’s role and actions since 1958.

“Until recently, the EIB, the world’s largest multilateral lender, was one of the best kept secrets of Europe,” he said, before coming to the great challenges that the Bank is facing in the EU but also in the rest of the world.

He highlighted three of them: low growth; rising inequality and the feeling of being left behind held by many Europeans; and the fight against climate change.

President Hoyer underlined the lack of investment in R&D in Europe compared to the USA, China and South Korea, and stated that one of the main roles of the EIB is to unlock private investment through its actions. “The EIB does not finance states or budgets, but projects only;” he said, mentioning Spotify and Skype, two successful EU technological companies backed by the EIB.

However, as many firms reduce their efforts in digitalisation and clean tech, which are essential to European competitiveness, he said that “the public sector, rather than just pushing public investment, should look for ways to incentivise private firms to invest more”. A winning strategy that worked well in Portugal, where the EIB successfully unlocked private investment in the first floating windfarm.

The EIB is also the EU’s climate bank, President Hoyer reminded the students. It launched the first green bond in 2007, ended its support to fossil fuel projects in 2019 and is aiming to dedicate 50% of its lending to climate related projects by 2025.

But Europe, which accounts for less than 10% of global CO2 emissions, must also convince its partners in the rest of the world to adopt its carbon neutrality target by 2050 to prevent a climate catastrophe. “The time for the EU to act and show its value is now,” insisted the President.

At the end of his speech, President Hoyer emphasized that the EU is not just an economic project. It is by joining forces that Europe will be able to preserve its freedom and its way of life in a world where almost 80% of the population lives in illiberal or autocratic regimes.