President Hoyer at the State of the Union conference 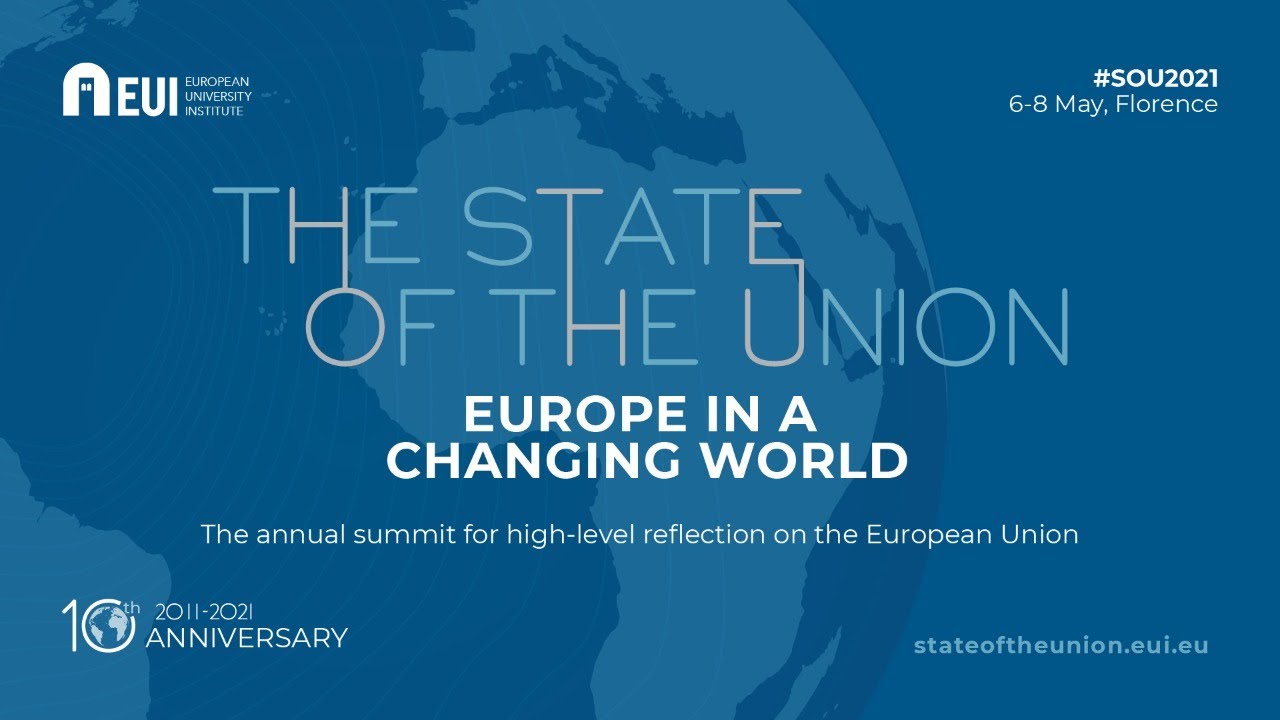 On Friday 7 May (15:30 – 16:15), EIB President Werner Hoyer will be speaking at the State of the Union (SOU) conference “Europe in a changing world” (6-7th May 2021) for the tenth anniversary of this annual forum for high level reflection on the European Union organised by the European University Institute (EUI) in Florence.

Participants will discuss Europe’s role on the global stage in sessions on artificial intelligence, climate, geopolitics, the global economy, multilateralism, peace and human rights, public health, and strategic autonomy. President Werner Hoyer will represent the EIB and will discuss the EIB’s role as the EU’s climate bank, our Climate Bank Roadmap and its implications for our activities inside the EU and globally with Sasha Vakulina, Business editor at Euronews. This conversation, introduced by Jos Delbeke who holds the EIB Climate Chair at EUI, will showcase the EIB’s role in the fight against climate change and the future European Financial Architecture for Development.

Since 2011, the State of the Union conference acts as a bridge between academia and policy making at the highest level in Europe bringing together heads of states, presidents and representatives of EU institutions, academic experts, business and opinion leaders, NGOs, think tanks, journalists and representatives of civil society to discuss and debate the key challenges and opportunities facing Europe and Europeans.

The EIB Institute and EUI cooperate in the fields of academic research, teaching and training and through the Institute, the European Investment Bank Group (the EIB and the EIF) supports the State of the Union conference.