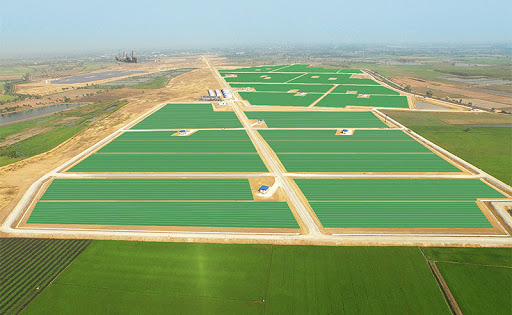 SIT alumnus Arborea (SIT 2017), which is industrialising photosynthesis to expand the world’s food supply, has been awarded a €2.4 million grant by the European Innovation Council (EIC) Accelerator programme to develop and expand breakthrough innovations.

The EIC Accelerator offers startups and SMEs grants of up to €2.5 million combined with equity investments through the EIC Fund ranging from €0.5 million to €15 million.

Arborea was named one of Europe’s top three agrifood startups in 2020 by the European Institute of Innovation and Technology (EIT).

It has developed a breakthrough cultivation system, the BioSolar Leaf, which works by mimicking the mechanisms of a leaf to efficiently maintain the optimal growth conditions with minimal energy input. The solution generates breathable oxygen and reduces carbon dioxide, a major contributor to climate change.

Global food security is an increasingly serious problem driven by population growth and climate change, and exacerbated by slowing crop yield improvements and the dwindling availability of new agricultural land.

Traditional agricultural practices will not be sufficient to adequately feed the global population by mid-century, so the need for new land, water and energy-efficient agricultural technologies is becoming increasingly urgent