The positive impact of EIB lending 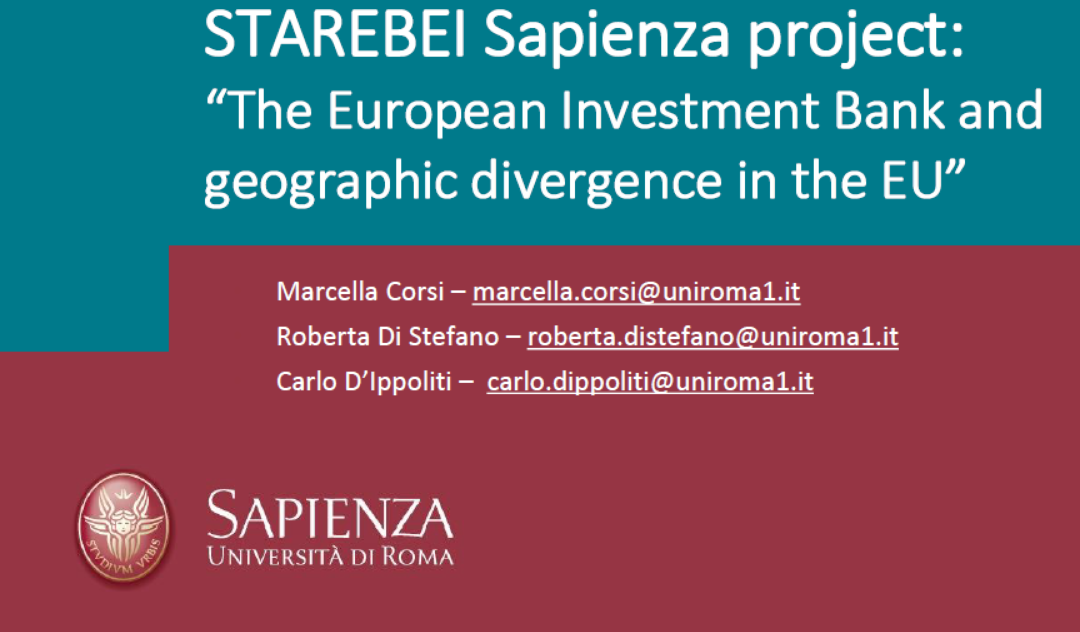 EIB lending has a  “positive impact” on the GDP growth of Europe’s regions according to the results of the first STAREBEI research grant with Sapienza University of Rome presented on 12 May 2022 at the EIB.

This impact is higher in the less developed regions than in the more developed ones so that “EIB lending positively contributes to reducing GDP gaps between regions”. In addition, such lending has a positive “spillover effect” because it impacts positively the GDP of the regions with which a region benefiting from EIB loans trades.

Using a complete dataset of EIB lending at the regional level for the 2012-2016 period the research designed a multiplier to measure the impact of EIB lending.

STAREBEI (STAges de REcherche BEI-EIB research internships) is a programme that provides grants to universities in order to finance junior researchers carrying out research projects proposed by the EIB Group (EIB and EIF) under the joint supervision of a university tutor and an EIB or EIF co-tutor. To date, 65 young researchers from 41 universities in 14 European countries have benefited from the STAREBEI programme.