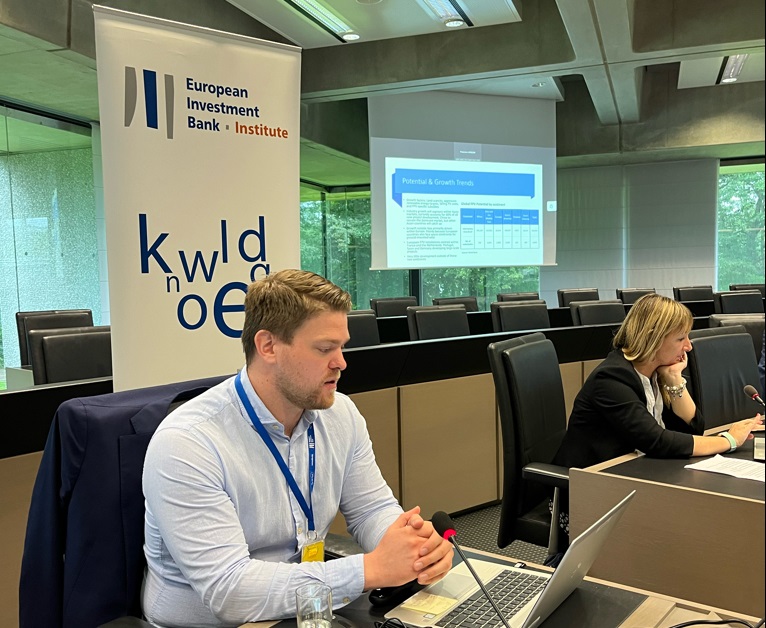 Floating solar technology (FPV) has a lot of potential for land-constrained countries in the European market but clear guidelines and a robust policy framework are key for the market to develop according to the results of a STAREBEI research grant by Torstein Tryland, Johns Hopkins University -SAIS Europe, presented on 8 June 2022 at the EIB.

With more than 1000 projects active or in development in over 70 countries and an estimated installed capacity of 3 GW, FPV systems are developing fast, mostly in Asia – where the first FPV system was built in Japan in 2007- and in Europe.

Though FPV technologies are still in an early phase of development and are currently more expensive than ground mounted systems (10-50%), they present low technology risk and have a significant potential for optimization via innovative technical solutions.

STAREBEI (STAges de REcherche BEI-EIB research internships) is a programme that provides grants to universities in order to finance junior researchers carrying out research projects proposed by the EIB Group (EIB and EIF) under the joint supervision of a university tutor and an EIB or EIF co-tutor. To date, 65 young researchers from 41 universities in 14 European countries have benefited from the STAREBEI programme.