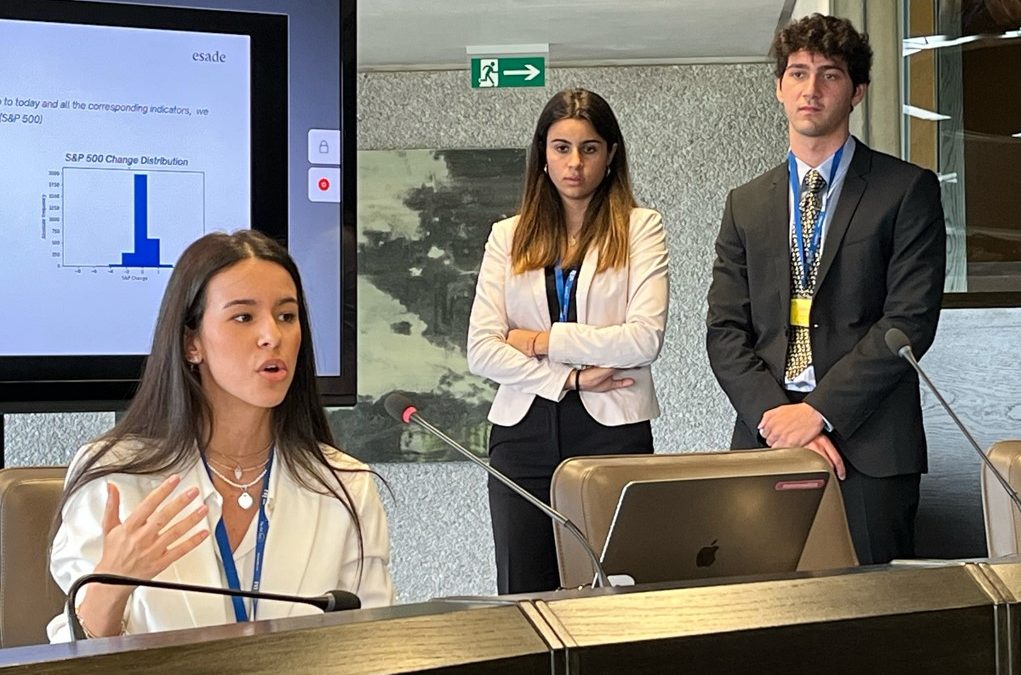 How to help the EIB have more accurate market expectations using Text mining and Machine Learning? This was the topic of a capstone research project with five students from Esade Barcelona under the mentorship of the EIB Financial Risk Department.

First, the students generated a database through web scrapping, sentiment analysis, and variable creations. They then built a machine learning programme to explain the relevance and power that financial sentiment has on market movements.

Using the program, they managed to predict with 80% directional accuracy the S&P 500 index variations and with 45% accuracy large negative drops in the market.

Such a programme could reduce the risk exposure for the EIB and could also be used by other institutions such as the European Central Bank.

A capstone is a students’ consultancy project: a team of four to six Masters’ students guided by a professor works under the supervision of the EIB Group staff who has proposed the topic.

Projects have a resolutely operational approach and enable students to undertake a real-life consulting project on topic relevant to the EIB Group. At the same time, they allow EIB Group staff to carry out useful and often directly applicable operational research.