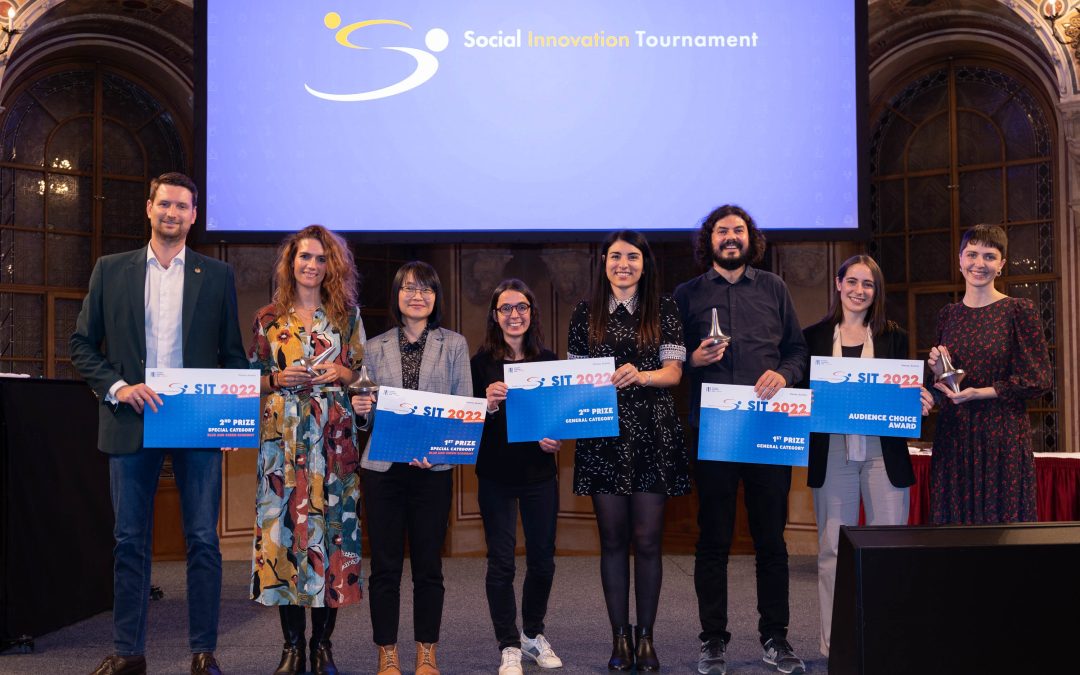 Austrian start-up Dreamwaves for their App WaveOut guiding blind persons by using sounds to find their way independently through crowded cities was awarded the first prize for the best social entrepreneur of the year 2022 in the general category of the Social Innovation Tournament, the flagship event of the Institute, organised this year in Vienna and online on 29 September.

The special-category first prize, focusing on blue and green economy, went to ROSI, a French start-up that has developed innovative recycling solutions for solar panels by extracting highly purified raw materials such as high-purity silicon and metals. The recovered materials can be reintegrated into several key European industries.

The second prize in the general category went to Newcy, a French company that offers a turnkey service for reusable cups, and the second prize in the special category went to AlgaEnergy, a Spanish biotech company specialised in microalgae-based agro-biological inputs that combat the effects of climate change while sustainably increasing crop yields and improving their quality, reducing chemical inputs, maximising farmers’ competitiveness and regenerating soil health.

The Audience Choice Award, with 10.000 €, went to Hale an Italian start-up that has developed an app helping women with chronic pelvic pain, a condition affecting one in four women.

Fourteen finalists from eight European countries (Austria, Belgium, France, Germany, Italy, the Netherlands, Spain and Sweden) had been selected for the 11th edition of the tournament, out of an outstanding group of more than 200 candidates.

Before the final event, the entrepreneurs participated in a tailor-made training programme to enhance their pitching skills and to help them fine-tune their business plans. The programme prepared them for presenting their projects in Vienna before the jury of social innovation specialists from the academic and the business world. ERSTE Stiftung supported the SIT 2022.

All entrepreneurs will join  the SIT Alumni community of all finalists from the 11 SIT editions.