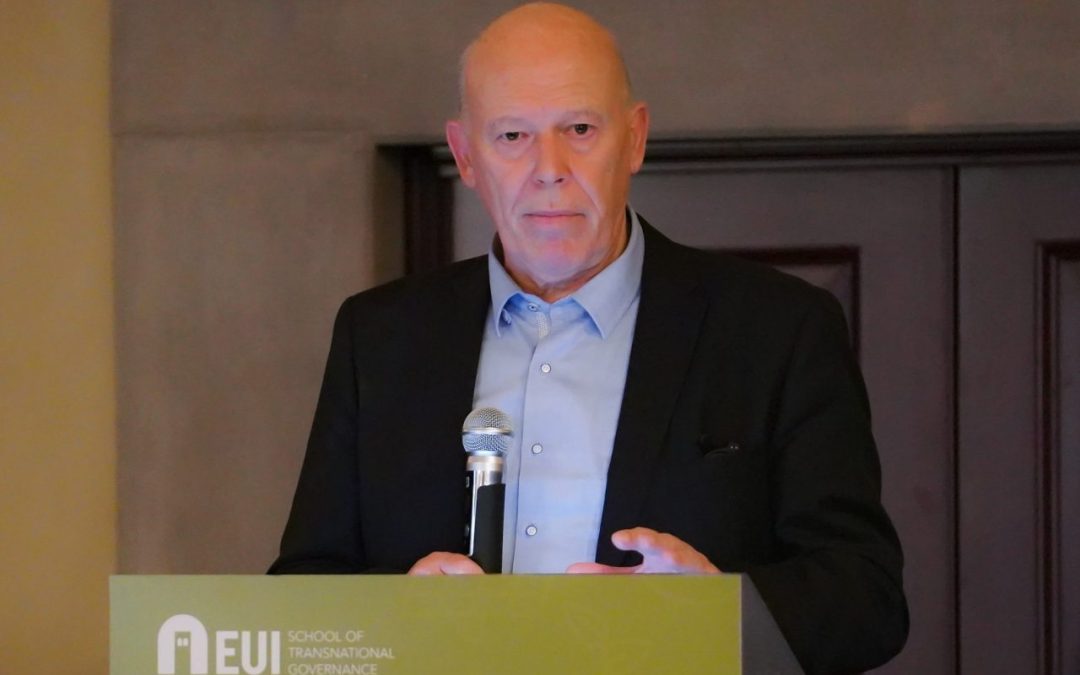 “We need to be more ambitious and move away from pledges to policies” to tackle climate change, Prof Jos Delbeke, EIB Climate Chair at European University Institute warned during his first EIB Climate Chair lecture.

“There is still hope but the window of opportunity is closing down” on the Paris Agreement targets he added, setting the scene ahead of COP 27 in Egypt.

With the EU Green Deal , Europe is a laboratory for the world but the war in Ukraine has highlighted how much vulnerable the old continent still is and is forcing the EU to reconsider its successful The European Trading System (ETS).

Prof. Delbeke pointed out that “an acceleration of climate and energy transition is likely” with a massive roll-out of renewables, grids and storage, massive investments in energy efficiency in housing, transport and industry and successful low-carbon innovation in hard-to-abate sectors.

Nevertheless “the short-term outlook is grim” as a decade-long fuel switching from coal to gas has been reversed and the social issues posed by the crisis need to be addressed, he said.

In conclusion, Prof Delbeke argued for a “fully fledged review of Europe’s industrial strategy  to avoid de-industrialisation of Europe”.

To promote knowledge transmission, the Institute is supporting two university chairs, the EIB Chair on Climate Change Policy and International Carbon Markets (“EIB Climate Chair”) at the European University Institute (EUI) in Florence and the European Chair for Sustainable Development and Climate Transition at Sciences Po in Paris.

The EIB Climate Chair engages with policy-makers in Europe and around the world on questions related to carbon pricing and sustainable finance covering policies in the fields of energy, industry, transport, trade, agriculture and forestry. It organised its first conference in June 2022 on the theme “Investing in Net Zero”.