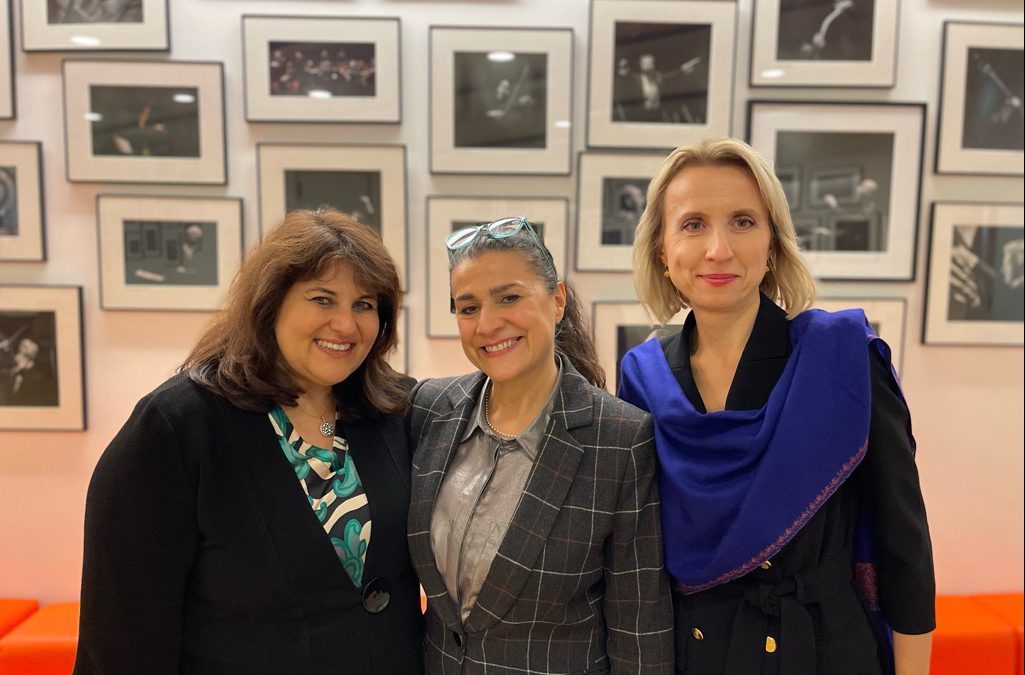 The meeting was the first for Cecilia Bartoli with EIB senior management representatives since her appointment last June as President of Europa Nostra and followed her outstanding performance in Mozart’s “La Clemenza di Tito” at the Luxembourg Philarmonie. Cecilia Bartoli was accompanied by Europa Nostra’s Secretary General Sneska Quadvlieg-Mihailovic and Europa Nostra executive Vice-Presidents, Guy Clausse and Carla Toffolo.

The EIB Institute collaborates closely with Europa Nostra, the largest and most representative heritage network in Europe. Cecilia Bartoli was appointed by the General Assembly of Europa Nostra for a mandate of five years. She replaced another world-renowned opera star – Placido Domingo – who presided Europa Nostra for the past ten years.

The Institute has notably been partnering with Europa Nostra under the 7 Most Endangered Programme (7ME) since 2013 to identify monuments and sites under acute danger of neglect or destruction.

This innovative cooperation brings together Europa Nostra’s cultural expertise and advocacy with EIB’s technical assessment and financial sustainability expertise. To date, more than 30 monuments and sites in 16 countries have been rescued or saved through this partnership.

Cultural heritage is a key component to the attractiveness of Europe. It provides its regions and cities with a strong basis to develop cultural tourism and attracting investment.