The EIB’s Art Collection comprises some 900 works – paintings, photographs, works on paper, sculptures and installations –  at the EIB’s headquarters in Luxembourg. The current collecting policy has been designed to very gradually create a singular and long-term perspective on contemporary EU art: works of art need to have been produced after 1958, the artist must still be alive at the time of acquisition, and has to come from an EU or candidate country. Art works are purchased at art fairs, galleries and artists’ studios.

The Bank has tended to acquire art at an early stage in an artist’s career. Some of the artists have since become internationally acclaimed or even iconic such as Yannis Kounellis, Anish Kapoor, Tony Cragg, Sean Scully or Olivier Debré. In recent years the emphasis has been on acquiring work from emerging or newly established artists

Art acquisitions are subject to a rigorous process of selection, under the guidance of an Art Committee with the assistance of well-established experts.

The focus of the art collection reflects the EIB’s role at the forefront of promoting economic and social development in Europe and naturally interacts with the evolving scope of the Bank’s activities, particularly its geographic expansion in line with that of the EU. Overall, the aim of the collection is to offer creative energy, inspiration and even spiritual nourishment, on a day-to-day basis; to provide a bridge between different languages, styles and viewpoints; and to act as a catalyst for relational and intellectual development, which underpins economic progress both within and beyond borders.

To ensure maximum visibility and exposure of the works thematic exhibitions are organised at the Bank – a way for staff and visitors alike to encounter the EIB art collection in a new light. Regular hanging refreshment and rotation of art works also allow staff and visitors to rediscover the collection; and identify new narratives. Lately three exhibitions – La Terre est bleue comme une orange (2014), Portraiture (2012) and Women in the EIB Collection (2011) – strengthened the dialogue between the collection and both external and internal audiences.

For its 50th anniversary, in 2008, the EIB commissioned three works of art from two leading EU artists, Michael Craig-Martin (Ireland) and Tobias Rehberger (Germany). The new installations are a cultural centrepiece of the EIB new building in Luxembourg.

Exhibitions and loans outside the Bank

To celebrate the EIB’s 60th anniversary, the Institute curated the exhibition Beyond Borders – A dialogue based on European Investment Bank masterpieces at the Boghossian Foundation at the Villa Empain – Boghossian Foundation (6 September 2018 – 24 February 2019) which attracted more than 19 000 visitors.

Other exhibitions of selected works of the EIB art collection were presented in Athens at the Byzantine and Christian Museum in 2011, to mark the 30th anniversary of Greece’s accession to the European Union, at the former Church of St Julian in Lisbon in 2014 and in 2016 in Luxembourg as part of the cultural events marking Luxembourg’s EU presidency.

Private Art Kirchberg (PAK) invites the public to discover on a specific day the usually private architecture, art collections or gardens of eleven companies and institutions based in the Kirchberg area, in Luxembourg. The EIB participated to the 2018 edition on 23 September. 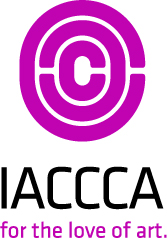 Since 2009, the EIB – and now the EIB Institute – has been a member of the International Association of Corporate Collections of Contemporary Art (IACCCA) which brings together the curators of some 40 corporate art collections. In April 2016, 22 curators of corporate art collections, members of IACCCA met in Luxembourg for the first time at the invitation of the EIB.
Our website uses anonymised cookies to give you the best browser experience and to collect aggregated statistics. This does not include online advertising cookies. Find out more about our Privacy policy
Cookie settingsACCEPT
Manage consent