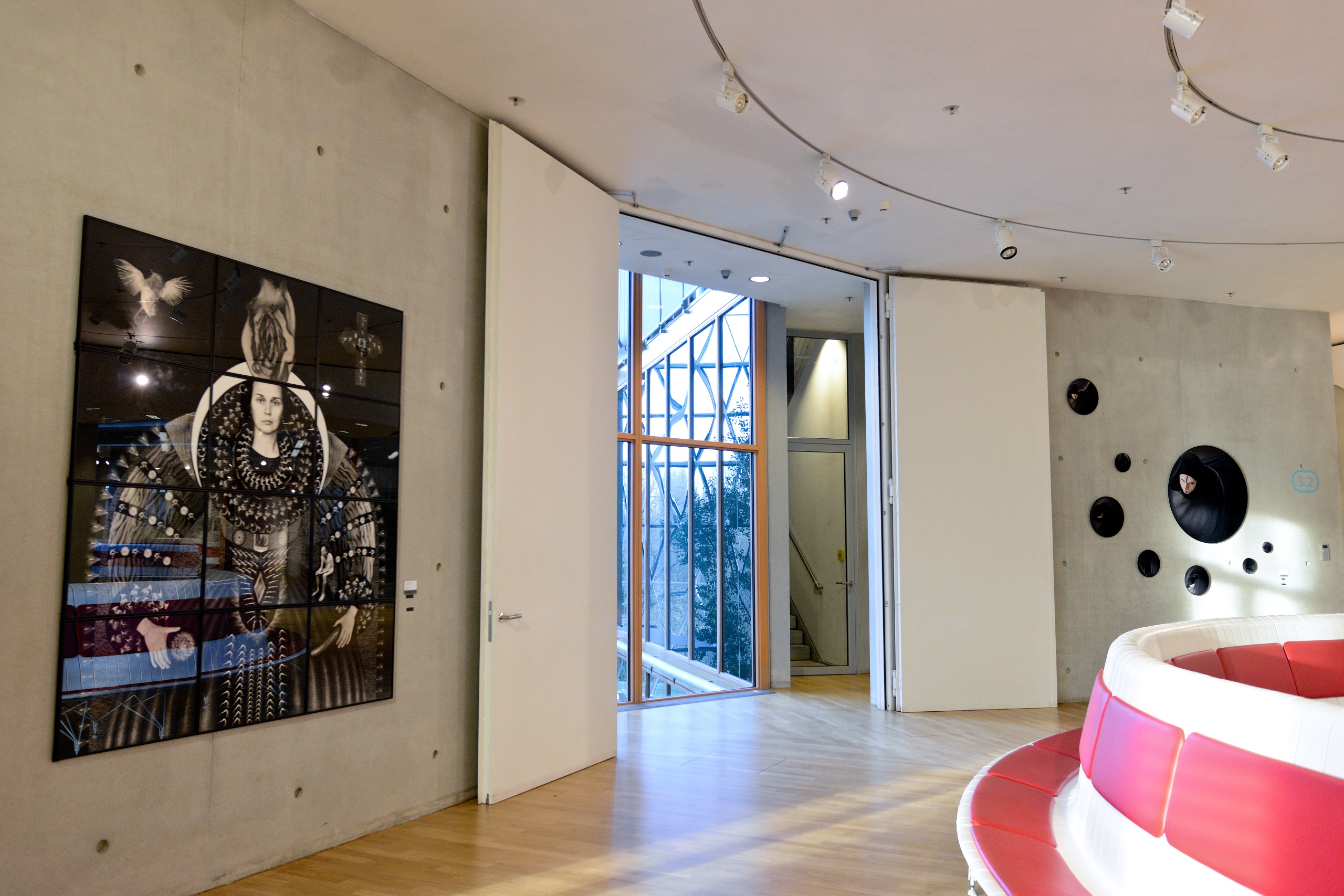 To ensure maximum visibility and exposure of the works included in the collection, thematic exhibitions are organised at the EIB’s headquarters – a way for staff and visitors alike to encounter the EIB’s collection in a new light. In recent years, six exhibitions have been held at the EIB:  Young Talent at the EIB (2016 and 2018), La terre est bleue comme une orange (2014), Landscape(s) (2013), Portraiture (2012) and Elles@eib (2011). This has strengthened the dialogue between the collection and both external and internal audiences.