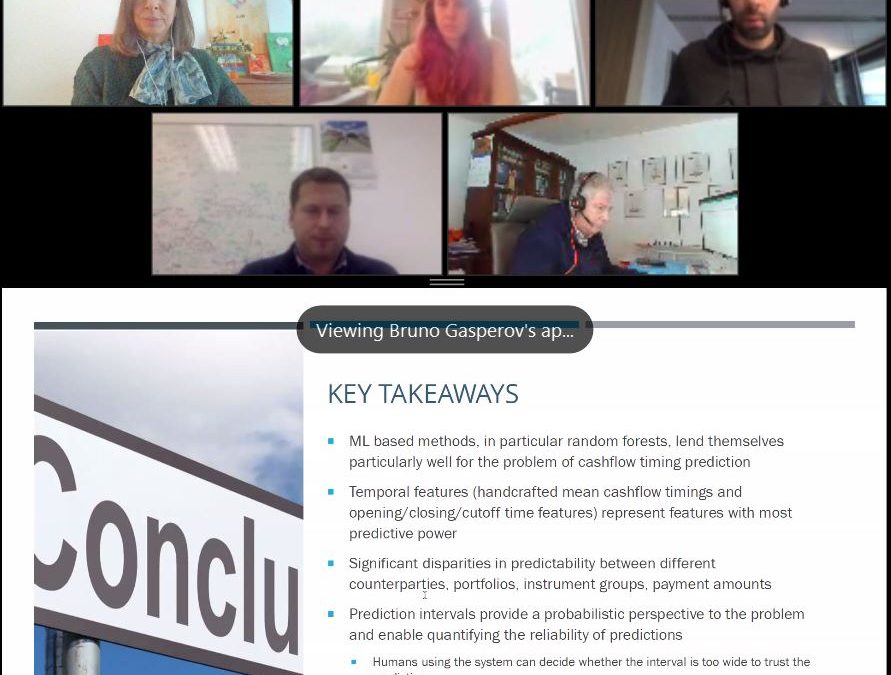 Can Artificial Intelligence help in predicting cash flow timing and patterns for the EIB ? Researchers from the University of Zagreb’s Laboratory for financial and risks analytics tried to answer this question in the first STAREBEI research grant with a Croatian university the results of which were presented in December 2021 at the EIB.

The EIB performs its cash management based on cashflows expected from the lending, funding and treasury activities on the international markets. Better predicting the timing of intraday incoming payments from its multiple counterparties would improve its liquidity management and optimise prefunding decisions on EIB accounts thus reducing the associated costs.

Based on three years of data provided by the EIB finance directorate, the researchers designed a machine learning (ML) model able to demonstrate predictibility of the inflows. ML based methods, in particular random forests lend themselves particularly well for the problem of cashflow timing prediction. The ML framework could provide a useful addition to the EIB’s liquidity management arsenal after additional calibration and potential enhancements in live environment.

STAREBEI (STAges de REcherche BEI-EIB research internships) is a programme that provides grants to universities in order to finance junior researchers carrying out research projects proposed by the EIB Group (EIB and EIF) under the joint supervision of a university tutor and an EIB or EIF co-tutor.  To date, 65 young researchers from 41 universities in 14 European countries have benefited from the STAREBEI programme.