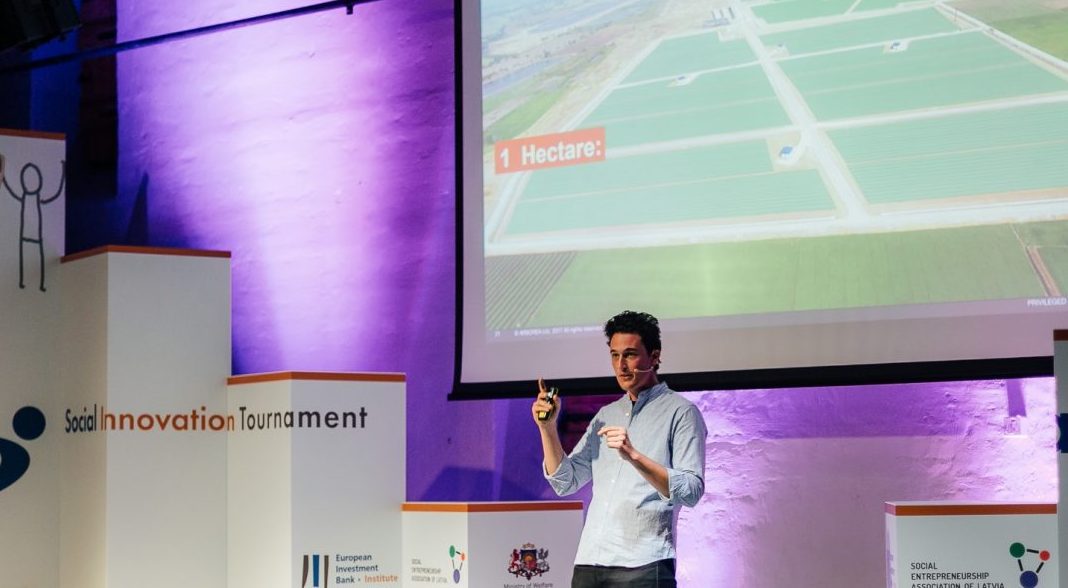 SIT alumnus Arborea has been named one of Europe’s top three agrifood startups by the European Institute of Innovation and Technology (EIT).

The winners were announced at the first ever virtual EIT Food Venture Summit on 17 and 18 November 2020, where international investors and corporates were matched with over 130 high-impact startups and scaleups to explore commercial partnerships and investment opportunities.

After being selected from a group of 60 agrifood technology businesses, the winning startups from the EIT Food Accelerator Network, one of EIT Food’s business creation programmes, were awarded €100 000 to accelerate growth after demonstrating pioneering approaches to future-proofing Europe’s food system.

Arborea, one of the Social Innovation Tournament 2017 finalists, has developed a breakthrough cultivation system, the BioSolar Leaf, which harnesses sunlight to mimic photosynthesis and facilitate the growth of microscopic plants to produce healthy food. The solution generates breathable oxygen and reduces carbon dioxide, a major contributor to climate change.

The European Institute of Innovation and Technology (EIT) is an EU body created by the European Union in 2008 to strengthen Europe’s ability to innovate. The EIT is an integral part of Horizon 2020, the European Union’s framework programme for research and innovation.